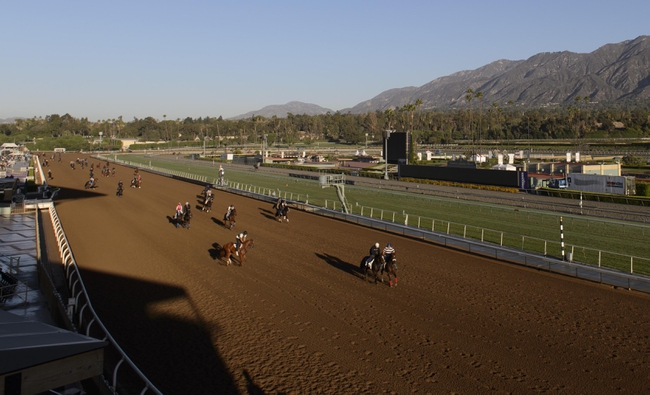 The 2014 Breeder’s Cup Fillies is comprised of a talented field that we might be able to score with some value.

By the Moon comes in off an upset score in the G1 Frizette at Belmont Park and should be able to work out a nice stalking trip from the far outside post but her distance of choice is still a bit in question but the same can be said for many of her rivals as well.  By the Moon is bred smartly, a step forward seems possible, and if it turns out she actually prefers a dry track, watch out.  Cristina’s Journey is the likely pacesetter here as was the case in her previous two races in which she notched open-length wins and she has posted nice works over the local strip since arriving a couple weeks ago and it should be seen as no surprise if she forgets to quit.  Angela Renee comes in boasting the best last-out Beyer figure which came in a G1 score over this same trip, and if you couple that with her connections, she’s more than likely to leave the gate as the comfortable favorite.  While Angela Renee deserves consideration, and probably that distinction, it doesn’t seem like a bad idea to take a shot against her at that short price as the competition here is getting considerably thicker.