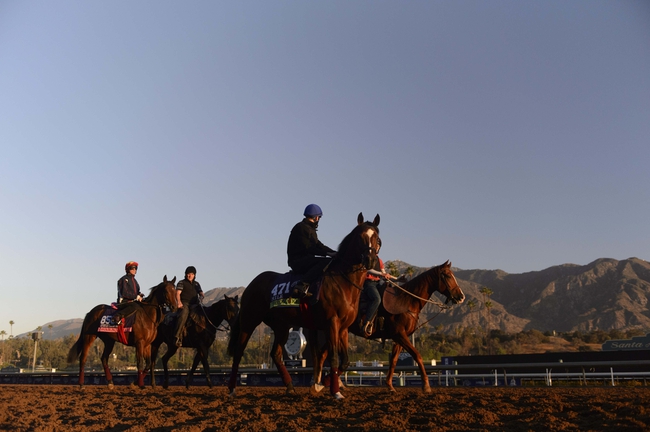 The 2014 Breeder’s Cup Mile has a different look but there is plenty of quality inthis field to make it a great race.

Two-time Horse of the Year and two-time defending Mile champion, Wise Dan, will certainly be missed in this one.  The role of favorite was reserved for him alone here and it is a shame he won’t be able fight for his crown.  In his absence, the role of favorite will likely be inherited by Toronado, who I strongly considered picking against.  Toronado is the winner of the Group 1 Queen Anne Stakes at Ascot in June certainly feels like the one to beat in this race, but I will wait to see what the tote board says before making a final decision as anything shorter than what is represented by the morning line will make it tempting to look elsewhere.  The best alternative is Anodin and if his connections look familiar, it is because they teamed up with his older sister, Goldikova, to win this race three consecutive times from 2008-2010.  While Anodin hasn’t found the winner’s circle this year, his last win comes over firm footing, suggesting he may like his trip to the States, just as big sis did.  Tom’s Tribute is the American-based contingent’s best shot in this one, while the chances are bleak.  Tom’s Tribute boasts two graded scores at Del Mar over the summer and gets the winningest jockey in Breeders’ Cup history along for the ride and  I like him to get in for a minor piece.

I am playing against Seek Again who will likely be bet as the strongest American-based runner, and maybe even as if he has a chance to contend for top honors.  It has been well documented that he needs an inside trip to stay focused, which will be tough to navigate in a large and talented field.