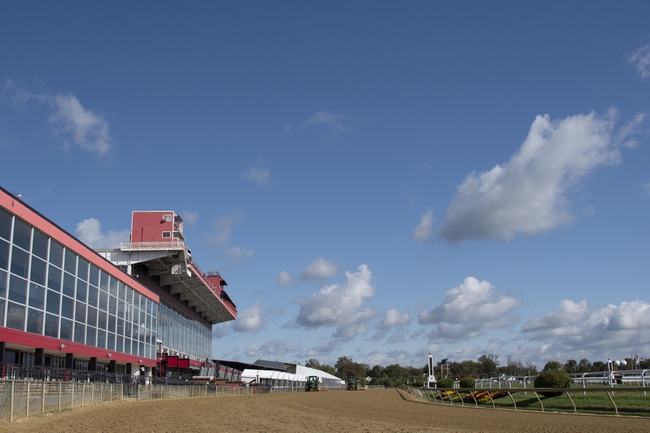 We head to Santa Anita Park for the Grade II Goldikova Stakes (Race 9), which is the Race of the Day for October 25. This $200,000 graded stakes event features seven 3-years-old and upwards fillies and mare who will go one mile on the turf.

#1 Hang a Star (ML 15/1) is trying the grass for the first time. The move is kind of curious that her connections picked this spot as the 4-year-old filly has been competitive on the dirt, compiling two wins along with one second and a pair of third-place finishes in 11 starts for $134,000 in total earnings. Trainer Ian Kruljak’s barn has a 17% strike rate when moving his horses from dirt to turf over the past year. However, Kruljak’s horses are 0-for-2 when his horses are attempting the turf for the first time during this stretch.

#2 Maxim Rate (ML 8/5) was clearly second best in the Grade I Rodeo Drive Stakes held here at Santa Anita on Sept. 26, finishing just a little over a length behind winner Mucho Unusual. She gets distance relief in this one, after going one and one-fourth miles the last time out, and has fared well going one mile -- earning three wins and a second-place showing in six starts. Maxim Rate, who has also run well at Santa Anita, gets Umberto Rispoli back in the saddle -- Rispoli has won both of his previous rides on the 4-year-old daughter of Exchange Rate.

#3 Raymundos Secret (ML 9/5) picked up her second straight win, by holding off Lady Prancelot by a neck at the wire in the Grade II John C Mabee Stakes at Del Mar Park on Sept. 5, and fifth in seven career starts. The daughter of Treasure Beach gets relief in distance in this one and will have Flavian Prat (3 wins w/ Raymundos Secret)-- who owns a 27% win rate as well as a 57% WPS percentage in graded stakes in 2020 -- in the saddle. She also has an 80% strike rate at this distance and one victory in two starts at Santa Anita. Raymundos Secret also has turned in three good workout performances recently.

#4 Atomic Blonde will need a career effort, which is something she has shown that she is capable of after recording ESpeeds of over 100 in each of her last two races, although the foal of Scat Daddy has weakened or given way after showing some promise in her last three events. Atomic Blonde will have HOF jockey, Mike Smith, onboard and has cashed in five of eight career starts, which includes one stakes victory. However, this will be Atomic Blonde’s first event at Santa Anita and she has yet to hit the board in three career one-mile events.

#5 Zee Drop (ML 12/1) has run better since moving to the grass seven races ago but she only has two wins for her efforts. The 4-year-old daughter of Lemon Drop Kid has shown well in the last three races despite finishing behind Raymundos Secret (twice) and Maxim Rate in each of those events. However, Zee Drop did turn in a 48.20-second four-furlong turf workout on Oct. 3.

#7 Tonahutu (ML 4/1) is the oldest and most experienced horse in the field. The 6-year-old mare is arguably in the best form of her career since moving to trainer Doug O’Neil’s barn as she has not finished worse than fourth in any of her last three races, which includes making appearances in the Grade I Rodeo Drive (fourth) and the Grade II Yellow Ribbon Handicap (second). She, who followed a good workout on Oct. 10 with an extremely fast 48.4 second four-furlong workout on Oct.17. has nine top-3 finishes in 17 starts on the sod.

This race appears to be #2 Maxim Rate and #3 Raymundos Secret. However, if those two decide to duel for the lead I could see Zee Drop, Tonahutu or Atomic Blonde taking advantage.