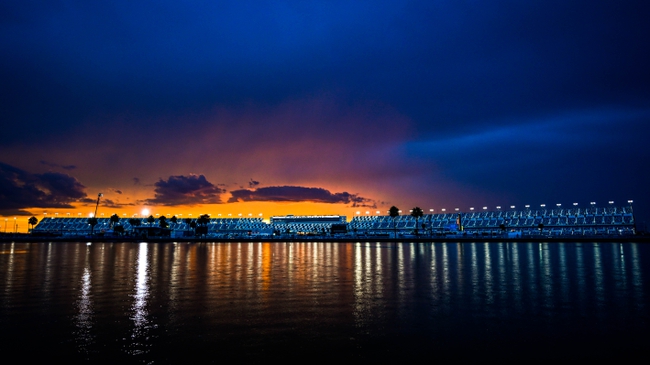 Here is a look at a few races of at Finger Lakes Race Track on Monday.

Race 2- Maiden Special Weight (Purse -$26,500) Seven male horses will sprint five and one-half furlongs. This should be an excellent betting race, as the horses are very similar.

#2 Fusilli (ML 3/1) will look for a better result in this one, against some of the same horses, after finishing second at this level despite getting off to a slow start out of the gate. This will be the 4-year-old gelded son of Freud’s second race off of a long layoff. Fusilli will get blinkers for the first time, and trainer Michael LeCoste horses have a 23% win rate in their second appearance off of a 180-day layoff. LeCoste and jockey Luis Perez have a strong working together, compiling a winning percentage of 35% and a WPS percentage of 53%.

#3 Palace Candy (6/1) is the fastest horse in the field and if jockey Andy Hernandez Sanchez can get him out front, the 3-year-old colt may be able to earn his first victory. Palace Candy, 2-0-1-0 at the current distance, likes to set the pace but he has yet to finish well. This will be Palace Candy’s first race since the end of July.

#4 Syncopy (5/2) should be a huge factor as he has been right in the thick of things in each of her last two races. Syncopy, like Fusilli, broke slowly but he showed enough interest late to finish third.

#1 Tritons Song (4/1) has not finished worst than fourth in any of his nine starts at Finger Lakes, in fact, he has placed second or third eight times. However, this is the first time he gets the rail so it may benefit him.

#7 Papa Tom B has been running better of late and could be primed for a top performance.

4 Annie Rocks (5/1) moves to Finger Lakes for the first time after racing previously at Aqueduct, Belmont, and Sarasota. The 7-year-old mare has not raced since the end of August and gets relief in distance for this event. She is the fastest of the competitors, who possesses decent speed overall, is also is dropping down in class, and has produced a trio of decent workouts.

#6 Lune Lake (9/5) has been terrific since coming to Finger Lakes about 14 months ago as she has earned seven wins in her past nine starts. While Lune Lake is not great at this distance, Chris Englehart is the track’s top trainer and John Davilla Jr. is No. 3 on the jockey’s list. Englehart and Davilla Jr. have a 27% strike rate and a 58% WPS percentage.

#5 Beyondelle (ML 7/2) should be primed for a better result, after being in the thick of her last outing until about halfway through the way before tiring and finishing a distant fifth, as this race marks her second off a long layoff. Trainer Daniel Conway Jr. and jockey Luis Perez have a 67% WPS percentage when working together over the last year. Beyondelle also races well at Finger Lakes as well as the current distance.

#2 Treatherlikestar (5/2) has recorded a top-3 finish in five straight races and has eight cashes in nine career Finger Lake starts, including four wins. The 6-year-old mare, who has three wins and cashed in all six events, finished two and one lengths behind Luna Lake in a SOC -5000 N match and just ahead of Eye's On You in the last outing. Treatherlikestar is  1-1 against Eye's On You in recent meetings.

Twelve 2-year-old fillies will go six furlongs. Not going to lie. This is not going to be a pretty race, which means that it should be an excellent betting event.

6 Pazzion (7/2) is a twice defeated favorite, although she showed ability her first attempt here at the Finger Lakes before fading to fourth at this distance and level back on Sept. 1. The daughter of Mission Impossible will have blinkers for the first time in this one and Pazzion produced a decent workout on Sept. 19. Plus, trainer Jeremiah Englehart -- who owns a career win rate of 18% and a 45% WPS with 2-year-olds -- and jockey Andre S. Worrie have a 32% strike rate when working together.

#3 Delaware Destiny (ML 5/1) is looking for some consistency. The daughter of Exaggerator, who was purchased for $100,000, will race at the third different park and has also been moved to Chris Englehart’s barn after being under the direction of Christophe Clement. She has shown some potential and gets relief in distance as well as drops in class.

#4 Throwing Stones (3/1) showed improvement in the second start of her career. She has led in both of her previous starts before ending up third and second, respectively. Throwing Stones, who was clearly second best in her last outing, entered the starting gate as the favorite.

12 Flurry of Roses (12/1) has been in the thick of all three of her previous three races and has recorded a third and fourth-place finish overall. #11 Flower’s Fortune (5/1) is another one of Englehart’s horses and makes her debut.