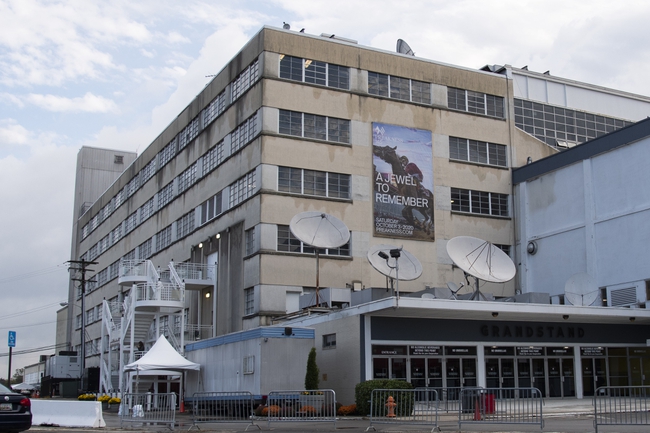 Indiana Grand Race Course is putting out an excellent card on Wednesday with four stakes races.

#4 Amazing Gal (ML 8/1) returns to dirt after earning her first career victory “going away” on the grass in a seven and one half-furlong event. Amazing Gal, who gets distance relief in this one, finished in the top-4 in each of her three events on the dirt. The daughter of Unbridled Express also produced a decent workout recently. Trainer Bernard Flint’s barn has a strike rate of 22% when switching to the main track from turf over the past year.

#2 Hungarian Princess (2-5) is the unquestionable favorite after earning her second victory easily as she coasted to a victory in the City of Anderson Stakes -- marking the second time in three tries to win by over six furlongs. Trainer Kim Hammond, whose barn has a 40% win rate in stakes races this year, and trainer Samuel Bermudez have a 33% strike rate over the past year when working together.

#1 Diamond Solitaire (5/1) has been pretty consistent in her three starts, recording a top-4 finish in each outing.

#7 America Rules (20/1) has three cashes in four events and gets a change in equipment with the addition of blinkers.

#1 Miss Deputy Star (10-1) does have potential and speed, but I don’t think this is the spot the daughter of Deputy Storm, who went all out to break her maiden, to show much improvement. Saying that she is definitely someone to look at in exotic bets.

Seven Indiana-bred fillies and mares 3-years-old and older will go one and one-sixteenth miles in what should be a fabulous battle between familiar foes.

#4 Unbridled Class (4/1) runs exceptionally well at Indiana Grand, medaling in 17 of 18 starts which includes seven wins, and on the dirt. She also has seven top-2 finishes in stakes races, and the 5-year-old mare, who has yet to earn a win at the current distance, has finished second in each of her three one and one-sixteenth mile events.

#3 Expect Indy (ML 2-5) is coming off of a nearly three-length victory over Unbridled Class and Pretty Assets in the Richmond Stakes for her fourth win and ninth top-3 finish in 13 stakes events. The 7-year-old mare runs well at the current distance, posting an 11-5-3-1 record, and has a 32% win rate at Indiana Grand as well as a 60% WPS percentage. Expect Indy’s weight is set at 126 pounds, which is five pounds more than the last outing.

#7 Pretty Assets (6/1) returns to the grass, where she has 12 cashes in 21 starts on the dirt, after finishing a distant sixth on the turf. Prior to her last race, Pretty Assets had recorded a top-3 finish in four straight events. The 4-year-old filly is a closer and will have jockey Deshawn Parker back in the saddle.

#6 Fireball Baby (12/1) has been relatively competitive against the top three horses in the field and with a good trip, she may be able to hit the bottom of the ticket.

Eight 2-year-old Indiana-bred geldings will go six furlongs. This race appears to be the #1 Betsdownletsride and everyone else.

#3 Kingoftherainbow (12/1), under the direction of trainer Brad Cox, has recorded in each of his three starts. While Kingoftherainbow will need a career-best effort to grab the trophy, he will need a career-best effort to earn the victory. Plus, the son of Blueskiesrainbowsturned in a very strong five-furlong workout on Oct. 9.

#1 Betsdownletsride (1-5) has won all three of his career races with two of those victories coming at the current distance. Trainer Cipriano Contras, who has a 21% strike rate in stakes races over the last year, and jockey Emmanuel Esquivel have a strong working bond.

#7 Joe Cool (20-1) has a lot of early speed, which could cause problems for Betsdownletsride, and does have some ability but will need to get off to a better start than his last outing -- when the son of Turbo Compressor hopped at the start.

# 2 Dillsboro Devil (6/1) and #8 Manuelito (15/1) both have the capability of hitting the ticket but they will need a huge effort as they just broke their maidens the last time out.

10 Indiana-bred geldings will go one and one-sixteenth miles. This should be an excellent race with several legitimate contenders.

#8 Unbridled Beast (1/1) is looking for his fifth straight victory and the 3-year-old son of Unbridled Express has two wins at the current distance. All seven of his races, which includes six cashes, have come at Indiana Grand.

#6 Forwhomthebelltoll (30/1) appears to be a better turf runner but the 4-year-old, who is a bit of a closer, has reached the podium in two of five starts on the dirt with one of those instances occurring in the race immediately after racing on the turf. Forwhomthebelltoll, who has not raced since Sept. 24, went four-furlongs in a solid 48 seconds in a October 15 workout.

#9 Max Express (9/1) is an excellent closer and has seven top-4 finishes in eight races in 2020. The older half-brother of Unbridled Beast has a 60% WPS percentage on the dirt for his career with eight of those 14 cashes being third-place finishes - -which includes two 3rd place finishes coming after previously racing on the grass.

#3 Operation Stevie (5/1) has been pretty consistent over his last 12 outings. The 8-year-old is the most experienced and successful of all competitors, having hit the board in 38 of 60 career races, which includes 30 of 43 meets at Indiana Grand. He also runs well at the current distance.