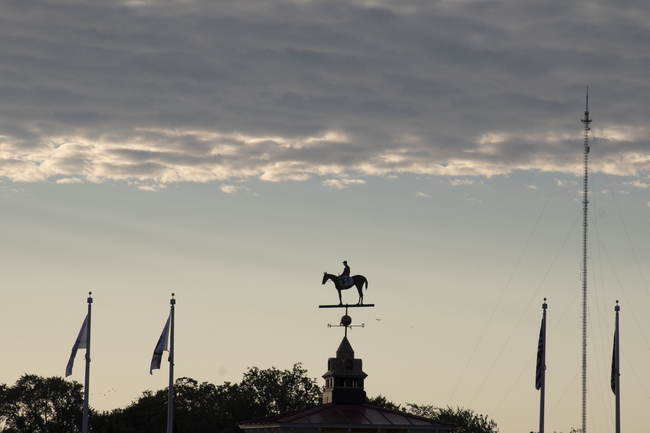 This meet has the potential to be an exciting affair.

Analysis: #7 Brew Pub (5/2) has shown improvement in each of his last two outings. The son of Street Sense is returning to the dirt after a fourth-place finish on the turf. While Brew Pub is stepping up in class, he does have a second-place finish on the dirt -- besides trainer Debbie Kobiskie’s has a 33% win rate when going from turf to dirt. Plus, I expect Brew Pub to be among the top flight of horses. #2 Polpis (4/1), the lone first-time runners,  has turned out two good workouts recently -- which includes going four-furlongs in 48.25 seconds in his last training session. The son of Orb, who was purchased for $70,000, is trained by Jonathan Taylor -- whose horses do well at this distance and as first-time runners. #6 Re Created (10/1) will look to improve in his second outing as he stretches out from six and one-half furlongs. The son of Laoban has been training decently well since his last outing on Sept. 4. #4 Work Out (9/5) showed improvement in his second outing, and has two second-place finish, and he does have the ability to win the event but he is stretching out to this distance for the first time. #3 Toms’ Choice (15/1) is my wildcard here as he has not fared well this year, but returns to dirt for the first time in three races.

Six fillies 4-years-old and upwards will go seven furlongs. This should be an outstanding and entertaining affair.

Analysis: #4 Honor Way (3/1) has been extremely consistent lately, recording 10 top-3 finishes in her last 12 outings. The 6-year-old mare has turned in a couple of strong four-furlong workouts and Honor Way will once again have Jose Ortiz, who has four wins and one second-place second finish on the daughter of Caleb’s Posse. Honor Way has a 9-3-4-1 record at Belmont and a 60% WPS percentage at this distance as well as a 30% win rate. #5 Gotham Gala (9/2), who was purchased in 2016 for 260,000, has shown some capability of competing consistently but she has faded in each of his last three races. However, the daughter of Street Smart gets relief in distance and she has been training extremely well lately. Gotham Gala is 7-1-2-0 in stakes events and has a 31% win percentage on the dirt.e. #2 Pacific Gale (8/1) gets a little relief in class and has raced well at Belmont Park in her career #3 Alisio (5/2) is the class of the field and she has raced well at Belmont. The 4-year-old filly, who is now in the William Mott’s barn, turned a good four-furlong workout recently though she has not raced since December.

11 fillies are slated to go one and one-sixteenth miles on the turf.

Analysis: #7 Caldee (5/2) is coming off a second-place finish in the Grade 2 Miss Grillo Stakes on Oct. 4. She has one win and one second-place finish in two career starts at this distance and at Belmont Park. Caldee also has turned in two starts strong training sessions for trainer Brad Cox, who has a 22% strike rate in stakes meet over the last year. #10 Love Struck (7/2) is coming off a victory in her debut after overcoming trouble as she closed well, moving up three places in the stretch. The daughter of Tapit, who is under the direction of William Mott, also turned in a very last workout. #3 Zeyarratt (15/1) is making her second straight start on the grass, finishing fourth in her last outing (Selima Stakes) as she overcame major traffic to improve three spots down the stretch. Zeyarrat went four-furlongs in a brisk 47.74 seconds in an Oct. 18 workout. #11 Tic Tic Tic Boom (20/1) has cashed in both of her races on the turf and turned in she turned in a good last work out. #1 Physic Ability (20/1) picked up her first win in the last outing and she has run decently well on the turf. Note: If this race is switched to the dirt, #12 American West (8/5), who is an MTO entrant only, should strongly be considered.