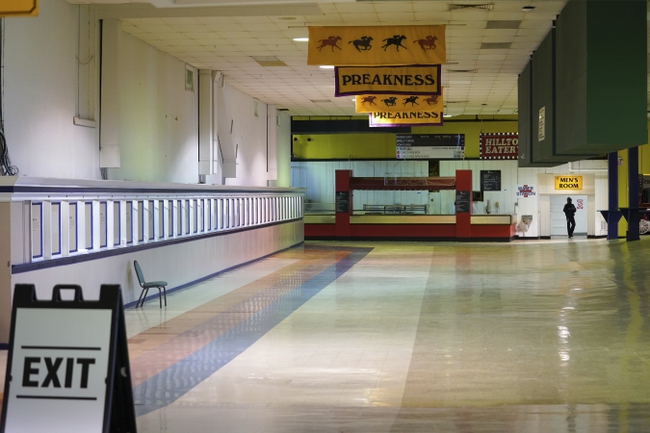 The Breeders’ Cup Classic will have 10 starters, following Swiss Skydiver’s decision to run in the distaff, who are 3-years-old and older that will run one and one-quarter miles for a total purse of $6 million. The winner will earn around $3.12 million (52% of the purse), per Breeders’ Cup.com. The race entrants either “earned their way” to the event as an automatic qualifier - by winning a Breeders’ Cup qualifier or through a point system - or by being selected by a panel of experts.

#1 Tacitus (20/1). Jose Ortiz/ William Mott: While Tacitus only has one win in 2020 (Grade II Suburban Classic), the son of Tapit has finished in the top-3 in each of his six Grade I races. Tacitus, ranked No. 9 in the Breeders’ Cup Classic rankings, has a 12-4-4-3 record to go along with earnings of nearly $3 million.

#2 Tiz the Law (3/1). Manuel Franco/Barclay Tagg. Tiz the Law has been fabulous in his eight career races, compiling a record of 6-1-1 with victories coming in this year’s Belmont Stakes and Run Happy Travers Stakes. He also took second in the Kentucky Derby. The Classic’s No. 4 ranked horse earned 40 Graded Stakes points.

#3 By My Standards (15/11) Gabriel Saez/ W. Bret Calhoun. The event’s No. 6th-ranked horse has raced very well in “big” events and has finished either first or second in six straight races since finishing 11th in the Kentucky Derby last year. Overall, he has four Grade II victories and owns a 6-4-1 record in 12 starts.

#4 Tom’s d’Etat (6/1): Joel Rosario/ Albert Stall Jr. Tom’s d’Etat is in the prime of his career, producing nine top-4 finishes including five wins, and he has not registered an Espeed less than 108 since January 2019. Tom’s d’Etat earned an automatic berth to the Classic with a win in the Grade II Stephen Foster, defeating By My Standards by more than four lengths. Overall, the son of Smart Strike has a record of 19-11-2-2 and is ranked No. 2 in Breeders’ Cup Classic rankings.

#5 Title Ready (30/1). Corey J. Lanerie/Dallas Stewart. Title Ready is the most experienced of the runners, but the 5-year-old Kentucky horse has not experienced a lot of success in Graded Stakes races, picking up one second and two thirds in five Grade III events as well as one second in two Grade II competitions.

#6 Higher Power (20/1). Flavian Prat/John Sadler. Higher Power seems to “step up” his game when the lights are shining the brightest, compiling one win and four top-3 finishes in seven Grade I Stake races. Overall, Higher Power has produced a 19-5-2-7 record.

#7 Global Campaign (15/1) Javier Castellano/ Stanley Hough. Global Campaign secured his berth in the Breeders Cup Classic by defeating favorite Tacitus by nearly two lengths in the Grade I Woodward Handicap at Saratoga on Sept. 5. That victory was the 4-year-old colt’s second straight in a graded stakes race and third for his career. The event’s eighth-ranked horse has seven “cashes”, including six wins, in nine career starts.

#8 Improbable (3/1): Irad Ortiz/ Bob Baffert. Improbable moved up to the top spot in the Breeders’ Cup Classic rankings after winning his second 2020 Breeders’ Cup Challenge Series race -- the Awesome Again Stakes -- by two lengths over fellow Classic participant Maximum Security on September 11. The son of City Zip is a multi-graded stakes winner and has compiled seven wins and three seconds in 14 career starts. He has also earned wins in the Grade I Whitney Stakes and Hollywood Gold Cup Stakes, where Improbable has produced an average Espeed figure of over 116 (over these past three races) and victories over other Classic participants Higher Power, By My Standards, and Tom’s d’Etat.

#9 Authentic (6/1) John Velazquez/Bob Baffert. Authentic is ranked fifth in the Classic’s rankings and is the only horse to beat Tiz the Law in 2020, which he did in the Kentucky Derby by more than one length. The 3-year-old son of Into Mischief, who has recorded five wins and two seconds in seven starts, earned the auto berth in this event by winning the TVG Haskell Stakes, though he was upset by Swiss Skydiver in the Preakness Stakes.

#10 Maximum Security (5/1): Luis Saez/Bob Baffert. Maximum Security has two “big” stakes wins this year by earning trophies in the Saudi Cup and the TVG Pacific Classic - a Breeders Cup Classic qualifier. The 4-year-old colt, who is the fourth-highest earning North America Thoroughbred at over $12.51 million, has 10 wins along with a pair of seconds in 13 career starts. Overall, four of Maximum Security’s victories have been in Grade 1 events. The son of New Year’s Day is racing for the fourth time under Baffert’s watch.

Analyst: Trainer Bob Baffert has won three Breeders Cup Classics and appears to have an excellent chance to add to that total with three horses in the field. All three of the horses will start from an outside post which could serve them well as the trio has lots of speed. Authentic and Maximum Security both like to get to the front of the pack, so if they are able to avoid a speed duel both should be major factors. Authentic, arguably the fastest horse in the field has never been further than one-half length behind the leader in his career. Meanwhile, Improbable without a doubt deserves to be the favorite in this race as he has demonstrated that he can race a variety of styles. Improbable has three straight Grade 1 wins as well as having not finished worst than second in 2020. All three of Baffert’s horses are in tremendous form overall. Global Campaign also likes to be a front-runner but he doesn’t possess the speed necessary to do so in what is the deepest race that the son of Curlin has been in. Higher Power (5-1-1-1) has raced at this distance five previous times but the 5-year-old horse has not won since August 2019. Title Ready, a closer, has experienced success at Keeneland (4-2-1-1) and has raced well since moving to Dallas Stewart’s barn four starts ago. Tom’s d’Etat has shown improvement in each of his last two races but he will need to avoid getting off to a slow start in this one to remain in contention. By My Standards has been extremely consistent and wildly successful over the last six races, but this is only his second start at the current distance and he finished a distant 11th in that one. Tiz the Law should be in prime stalking position coming out of the No. 2 hole. Tacticus has been very consistent and has run six races at this distance and 11 graded stakes events.