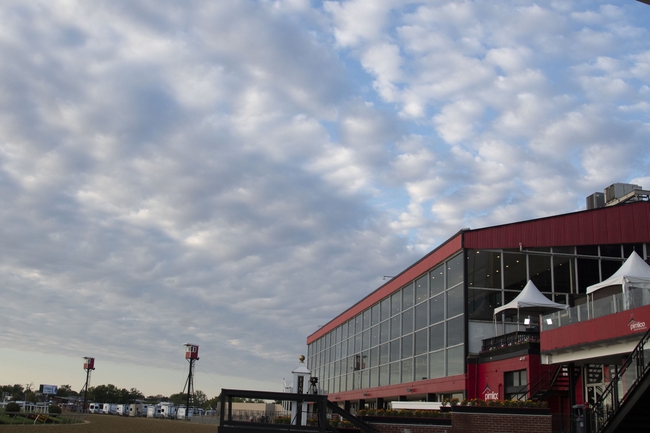 Churchill Downs kicks starts its racing slate on Wednesday with a nine card event. Here is a look at a few of the late races.

Eight male horses go one and one-sixteenth miles on the dirt. I expect this to be a fantastic race.

#1 Sagaponak (15/1) is racing for the third time at this level. Stretching out from seven and one-half furlongs. Has proven to be more of a route/runner than a sprinter. Has a 33% win rate and has cashed in 60% of his races on the dirt. Has raced once before at distance and at Churchill, failing to hit the board. Closer, who can make a splash if the 4-year-old colt stays on the rail and is in striking distance. Plus, Sagaonak gets less traffic than in his other two horses as he was racing against 11 and 12 competitors in his previous two outings and has been training well over the last month or so.

#3 Two Thirty Five (5/2) has shown improvement in each of his last three starts, finishing second against $40,000 claimers at this distance the last time out. He is a stalker who has four victories and a second-place finish at this distance but Two Thiry Five did not hit the board in his previous race at Churchill. Possesses lots of speed.

4. Nepal Up (12/1) drops down in class after coming off a win in a one and one-quarter mile race here at CD on dirt, improving his record to 3-1-1-1 on the main track. A closer, Nepal Up has a first and a second in four starts at this distance. Probably will be scratched after last racing 13 days ago but if deemed fit, the 4-year-old colt is worth considering in exotic bets.

5. Tank Commander (12/1) got off to a slow start as a result of hopping out of the gate and was outrun in his last start. The 5-year-old horse is making his third start off of a long layoff and gets a shorter field than his last two outings -- where Tank Commander finished 11th and 12th -- and gets a prime post position, especially if Nepal Up is unable to go. He has three cashes in four starts at Churchill and has produced three good workout sessions. Tank Commander gets blinkers for the first time as well.

8. Haunt (8/1) is the fastest of the decent speed in this race. Will look for a better start than last time out where he staggered at the start and finished a distant fourth at this level behind both Fort Peck and Locally Owned. Has hit the board in all three of his starts at Churchill and has one win in four starts at the current distance.

10 fillies and mares, along with seven also-eligibles, will go one mile on the turf.

#1 More Than Usual (5/2) has run well and is coming off a second-place finish in a $71,000 allowance race the last time out. The 3-year-old filly gets distance relief in this one. A closer, More Than Usual is 4-1-2-0 on the turf and has previously raced at CD.

#2 Sun Summers (4/1) has been running well over her last six starts and she is coming off a three-length victory here at Churchill Downs. The 4-year-old daughter of Broken Vow is a closer who has two wins and a pair of second-place finishes at this distance. She has a 30% strike rate and a 70% WPS percentage on the grass.

#4 Osaka Girl (4/1) has six straight top-3 finishes and is 8-1-4-1 on the grass. The 3-year-old filly is coming off a second place in a $95,000 allowance race. Osaka Girl has run over a mile in each of her eight career races and has three second-place and one third-place showing in four starts at this distance. She is fast and likes to be among the leaders in the early going.

7 Urban Fairytale (8/1) has shown improvement in each of her last three outings, finishing third in her last start. She has four cashes in seven starts on the turf and is 4-1-2-0 at this distance. The daughter of Dstorted Humor, who is a stalker, gets distance relief in this one. #10 Fate Factor (12/1) gets a difficult post but she has five top-2 finishes in nine starts on the turf. Fate Factor, 6-1-1-1 at this distance, produced a 48-second four-fulong workout in her last training session. She is also stepping up in class.