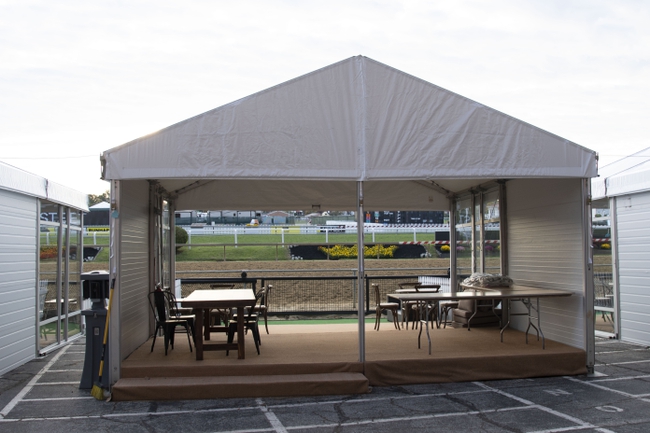 Six 2-year-old fillies will go six-and-one half furlongs. None of the starters have gone this distance previously. #5 UncapturedbLady is the only horse making its debut in this one.

#2 Dem a Wonder (6/5) is the most experienced of the runners, making her sixth start, and had been running well before encountering major trouble the last time out when she got out five-wide. The daughter of Hello Broadway is the fastest of the starters and likes to get to the front out of the gate. She has three top-3 finishes, including once in two starts here at GPW. Trainer Rohan Crichton, who is the top sprint trainer during the meet at GPW,, and jockey Cristian Torres have won 40% of their races and finished in the money 70% of their races together over the past year. Torres and Crichton both are outstanding with favorites.

#4 Romantical Note (8/1) was overmatched in her stakes race the last time out but she did finish third in her debut two starts ago, which was the same outing that Dem a Wonder was second. Romantical Note had a decent Nov. 8 workout. Outside contender who also should be considered in exotic bets

#6 Playera (3/1) showed some early speed and improvement in her last outing, even leading for a brief moment, and then falling back before rallying for second in a $50,000-$40,000 maiden claiming event. First special weight race. Could challenge Dem a Wonder for the lead early.

#1 Khosea (#6/1), a daughter of Khozan, also has shown improvement in her second race. Could ride the rail for at least a piece of the ticket, if not the win with an outstanding trip.