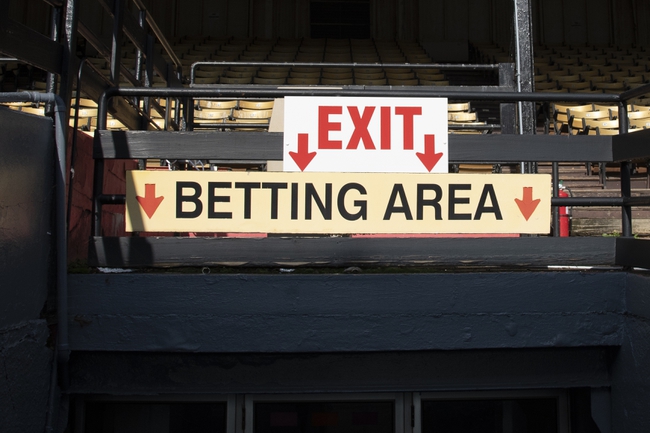 11 colts and geldings 3-year-old and upwards will go one mile and three furlongs in this Grade 3 Red Smith Stakes event that has a purse of $100,000.

#1Real Factor (50/1) has been really consistent over the last three races, posting a top-3 finish in each of those outings. Has five cashes in the last six starts since moving to trainer James Lawrence’s barn has only been outside the top-4 in three of his last 12 meets. A closer, Real Factor is 12-0-2-4 on turf.

#2 Changi (50/1) has not finished in the money in the past five events and is just 19-2-2-2 on the grass. However, Changi has fared decently well when given an inside post.

#3Postulation (15/1) has been in fine form the past few years, racking up seven cashes in stakes events including three graded stakes races top-3 finishes. He is 29-5-7-4 on the turf though the 8-year-old gelding has not placed in two races at this distance. He is also 0-2 against Red Knight and 0-1 versus Sandler’s Joy. Should be considered in exotic bets.

#4 Sadlers Joy (8/5) also has been running extremely well, recording six consecutive top-4 finishes which include four cashes. Has not raced since Oct. 3. Trainer Thomas Albertrani owns an 18% strike rate when his horses are coming off of a 31-60 day layoff. Plus, jockey Joel Rosario who has been outstanding at Aqueduct will be in the saddle. An offspring of Kitten Joy, the 7-year-old horse has a 26-4-4-10 record in graded stakes events on the turf and is 13-3-1-5 at the current distance as well as 2-2-0-0 at Aqueduct. He is 1-0 versus Red Knight and 0-1 against Aquaphobia. Favorite who is looking for a second straight Red Smith title.

#5 North Dakota (10-1) is coming off of a fourth-place finish in the Grade 3 Sycamore Stakes at Keeneland on Oct. 15. North Dakota is 10-3-0-2 on the grass and has three victories while also not finishing worse than fifth in five starts under trainer Claude McGanghey. He produced a solid five-furlong workout in the last training session. Middle of the pack.

#6 Tintoretto (50/1) is making his third start of the year though his last outing was in August. The 4-year-old colt has not finished better than fourth in six races on American soil. Do not consider.

#8 Ziyad (9/2) just missed getting up for place as the 6-year-old Great Britain gelding used a fast close to pass three competitors and end up a neck behind Postulation. Ziyad, who also took third in the $800k CanInternational at Woodbine, is 22-5-6-6 on the turf lifetime. Top contender.

#9 Aquaphobia (6/1) finished seventh in the Sycamore Stakes in his last effort, although 7-year-old son of Giants Causeway recently won the Grade 1 United Nations and was third at the Grade 1 Sword Dancer Stakes. He has been in the money in four of the seven races under trainer Mike Maker and is 37-9-6-7 on the turf overall. Maker’s horses have fared well on turf and at the current distance as well as when coming off a 31-60 day break. Plus, Maker and jockey Irad Ortiz have a 25% strike rate when teaming up. Aquaphobia is coming off a good last workout as well. Outsider with a shot.

#10 Red Knight (5/2)won his last time out (G3 sycamore stakes) to give him eight victories to go along with six seconds and a third-pace result in 18 career events. While Red Knight does not have a win in three races at one mile and three furlongs, he does have a pair of second-place finishes. He also has a 57.1% WPS in stakes starts. Trainer Bill Mott’s horses have a 20% winning percentage when coming off a victory in the last race and a 21% strike rate when coming off a 31-to-60 ay layoff. Top contender who was second in the race a year ago.

Analyst: I really like Sadler Joy as he gets a great post position and he has run well at this distance as well as at Aqueduct. Plus, it is an added advantage to Rosario in the saddle. I expect Acquaphobia and Postulation to battle for the lead throughout. However, this looks like a race where the winner will come off the pace. North Dakota, Ziyad, and Doctor Mounty could also be in the battle down the stretch