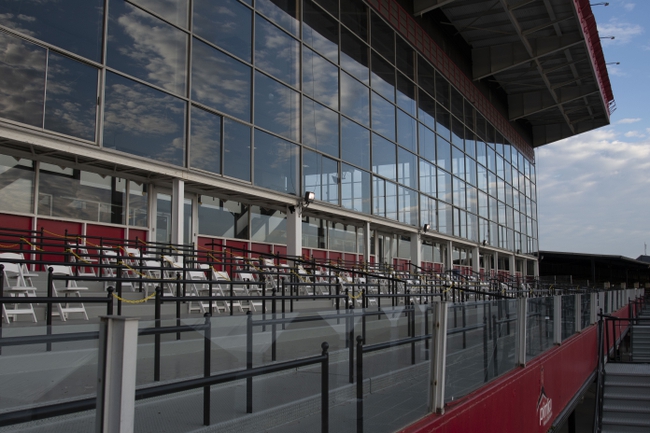 Nine 2-year-old colt and geldings will go one mile and one-sixteenth on the all-weather track in this $125,000 stakes race. Only three of the competitors have gone this distance previously. I expect this to be an outstanding affair.

#1 Haddassah (4/1) capitalized on a bid over the final one-eighth of the one mile and 70-yard race to secure a debut in his debut on Nov. 1, here at Woodbine. Trainer Kevin Attard horses have good numbers on dirt and at this distance (23% strike rate), off of a win (24%), as well as stakes events (29%). Plus, Attard and jockey Justin Stein seemingly have a good working relationship as the two have a 20% winning percentage along with a 54% WPS percentage. Contender.

#2 British Royalty (12/1) has experienced major trouble in each of his first two starts at the beginning of his first two races. But unlike in his debut -- when the son of English Channel used a huge close to pass five horses and win by nearly two lengths after trailing by two and one-quarter lengths -- wasn’t able to work his way out of it in the $250,000 Coronation Stakes the last time out and finished fifth as a result. Will have blinkers on for the first time and jockey Patrick Husbands, who is the track’s leading jockey with 2-year-olds with a win rate of 22%, replaces Jerome Lemyte in the saddle. Worth considering in exotic bets.

#3 Stephen (3/1) is looking for a second consecutive stakes victory after winning the $250,000 Coronation Stakes by one and one-quarter lengths. However, he is going o have to avoid a slow start that has plagued him in the last two outings. Was second at this distance (lost by a half a length) in the second outing in a special weight race. Attard is also the trainer. Contender.

#4 Lucky Store (20/1) showed a lot more in race No. 2 as he won his debut on Woodbine’s all-weather track after finishing 10th on the turf in his first outing. Both of his previous races were sprints. Has produced a couple of decent workouts since his last outing on Oct. 10. Outside chance of hitting the ticket.

#5 Barrister Tom (8/1) had his two-race win streak snapped the last outing as he finished eighth in the Grade 2 Bourbon Stakes at Keeneland on Oct. 4. This is his first race on the dirt since July 8. Trainer Michael Ewing’s horses have a 29% strike rate when coming off of a 31-60 day layoff. Not worth considering.

#6 Lomaki’s Gem (20/1) has improved his position in each of his last two races culminating with a win in one mile and 70-yard special weight event. Finished fourth at the current distance two starts ago. Had three excellent recent training sessions, which included going four furlongs in 47.6 seconds. An outside chance at getting a piece of the ticket.

#7 Helium (2/1) has two victories by over three lengths which includes taking the title in (listed) Display Stakes. Has produced three straight strong workouts for trainer Mark Casse, whose horses have a 20% win percentage when coming off a victory. Contender.

#8 Easy Time (6/1), like Hadassah, used a late bid to secure a victory in his debut as he went two wide in the stretch and rode out in a seven-furlong affair. Casse and Rafael Hernandez have won 30% of the races together.

#9 Gospel Way (15/1) is racing in a stakes race for a fourth consecutive outing. He is coming off a second-place finish in the seven-furlong $100,000 Display Stakes and was third in the five-and-one-half furlong Victoria Stakes. Additionally, Gospel Way has turned in a pair of solid five furlongs workouts this month. Contender who should definitely be used on the ticket.