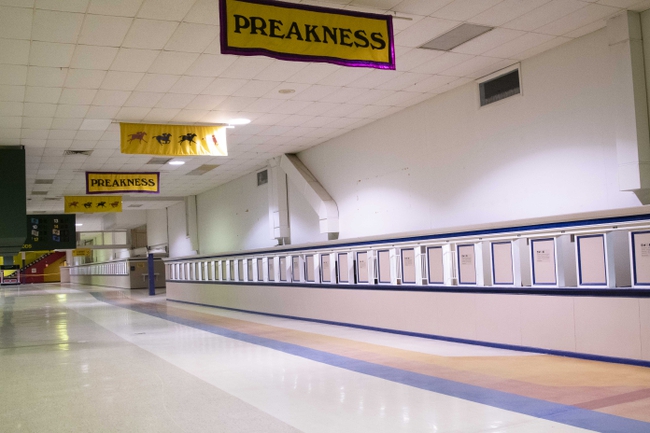 Here is a look at a couple of outstanding races on Woodbine's fabulous 13 race card on Sunday.

Eight fillies and mares will go six furlongs on the all-weather surface. This should be an excellent and thrilling race. Here is a look at the likely contenders:

#1 Trading Bay (3/1) returns to six furlongs where the 3-year-old filly has a win and a second-place finish. Overall, Trading Bay has not finished worse than fourth in each of her last five outings and has been in the money in five of her six starts overall. Contender who is better used in exotic bets.

#4 Twirling Faith (2/1) has raced well since moving up north from the Fair Grounds Raceway (New Orleans) five starts ago. She has one win and two-second place finishes in four starts at Woodbine. Twirling Faith also gets distance relief in this one as she has not gone this distance since her first two starts where she is 2-0-1-0. Favorite.

#5 Mrs. Del (15/1) was outclassed in her first outing at this level and distance on Sep. 19. Has raced well on Woodbine’s all-weather surface, 8-1-1-2, and produced a solid workout two training sessions ago as she went four-furlongs in 47.6 seconds. Like in exotic bets.

#6 Hello Friends (10/1) has raced pretty consistently this year and closed willingly, after going 4-5 wide, saving five furlongs. She is 6-1-1-1 at Woodbine and 2-0-1-0 at the current distance. Emma-Jayne Wilson replaces Daisuke Fukumoto in the saddle and she has had tremendous success with Hello Friends, registering a first, two seconds, and a third-place finish in four rides on the 4-year-old daughter of Court Vision. Contender.

Seven 2-year-old fillies will sprint six-and-one-half furlongs on the all-weather track. Here is a look at the top contenders.

#2 Believing (3/1) has shown in each of his last two races despite finishing fourth in each event. Is coming off a turf race. A stalker with tons of speed, Believing raced at this distance two starts back. Don’t like her here but could be used underneath.

#3 Lady War Machine (5/2), a daughter of Street Boss, is trained by Josie Carroll who has a 20% win percentage with first-timers and a 20% strike rate in special weight races. Plus, Carroll and jockey Patrick Husbands -- who has won 22% of his races with a 2-year-old this meet at Woodbine -- have a strong working relationship. Contender.

#4 Road to Romance (2/1) has exceptional speed though this will be just her third race on Woodbine's all-weather track, this marks the first time that she is racing on the same track in back-to-back starts. In addition, this race is also Road to Romance’s third special weight race having finished fourth in each of those previous affairs. The daughter of Quality Road, trained by Mark Casse, has been training well since her last outing on Oct. 24 and gets blinkers for the first time. Casse and Rafael Hernandez, who gets his first ride on the filly, have won 30% of their races together. Favorite and top contender.

#5 Ostracize (8/1) is another Casse horse that has also been training well recently. This will be her first sprint race after finishing either fourth or fifth in her previous three route meet. Outside shot who should definitely be considered in exotic bets

#6 Arriviste (15/1) struggled in her first start as she got bumped at the start and then even out to finish seventh. Arriviste, who will have Daisuke Fukumoto in the saddle for the first time, has turned out a few good workouts for trainer Roger Attfield. Primed for a better effort.