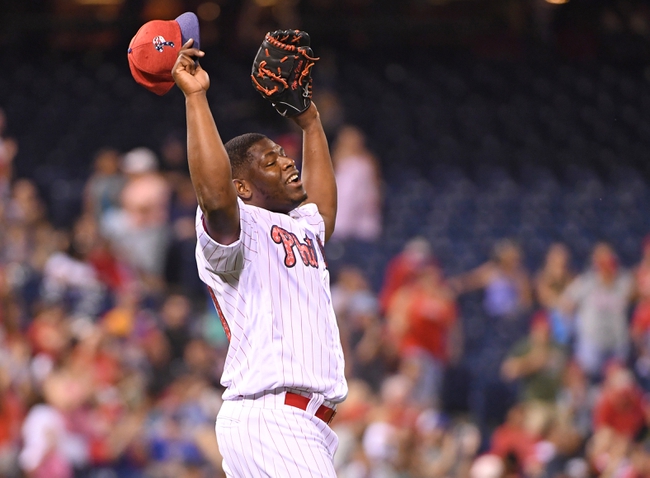 TV: CSPh, RTPT, ESPN Stream the MLB Game of the Day all season on ESPN+. Sign up now!

The Pittsburgh Pirates could use a win here after losing six of their last eight games. The Pirates have allowed 11 runs in their last three games and four or more runs in seven of their last 12 games. The Pittsburgh Pirates have lost five straight games when allowing more than two runs. Offensively, Josh Harrison leads the Pirates with 82 hits and 27 RBI while Andrew McCutchen and Jordy Mercer have combined for 156 hits and 78 RBI. Jameson Taillon gets the ball, and he is 4-2 with a 2.97 ERA and 50 strikeouts this season. This will be Taillon’s second career game against the Phillies.

The Philadelphia Phillies look for another win after splitting their last 12 games. The Phillies have scored 17 runs in their last three games and four or more runs i five of their last six games. The Philadelphia Phillies have won six of their last seven games when scoring more than three runs. Odubel Herrera leads the Phillies with 77 hits and 28 RBI while Freddy Galvis and Aaron Altherr have combined for 145 hits and 74 RBI. Mark Leiter Jr. gets the ball, and he is 1-0 with a 4.20 ERA and 23 strikeouts this season. This will be Leiter’s second career game against the Pirates.

Taillon has been really sharp this season and has allowed just 11 hits and two earned runs in his last 12.1 innings of work. Leiter has just two starts under his belt and is coming off a not so good outing his last performance. At the end of the day, the Pirates are the better team here and have a pitching advantage. I have to back the road team again and the reasonable line.