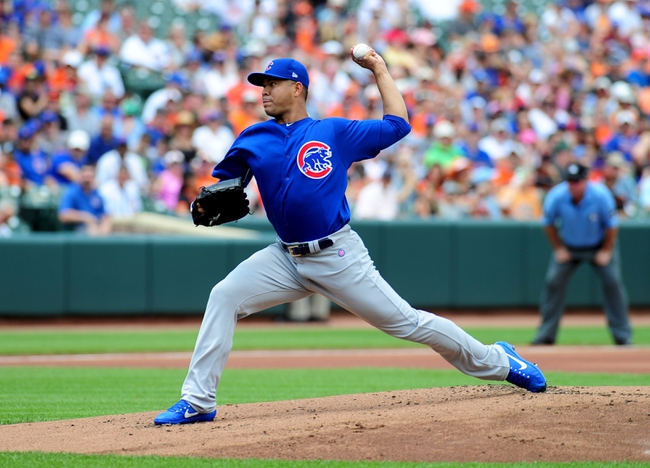 TV: Channel 720 on DirectTV Stream the MLB Game of the Day all season on ESPN+. Sign up now!

It should be a fun week of baseball with the trade deadline quickly approaching and several teams looking to make that playoff push. Time is running out and it’s time for the contenders to either put up or shut up.

Let’s take a look at this weeks power rankings.

1. Los Angeles Dodgers - Despite a couple of losses to the Atlanta Braves, the Los Angeles Dodgers are still the best team in baseball and haven’t lost three straight games since June 4-6. If you’re waiting for the Dodgers to cool off, keep waiting.

2. Houston Astros - The Houston Astros are the only team on the Dodgers heels for the top spot in baseball, and they’ve won 21 of their last 26 games when scoring more than three runs. When those Houston bats are hot, nobody in the league can hang with them.

3. Washington Nationals - The Nationals have started the second half off nicely and made moves to bolster their bullpen by adding Sean Doolittle and Ryan Madson. Bryce Harper also has five homers since the break.

4. Boston Red Sox - I’m obviously high on the Boston Red Sox, and they keep finding ways to win games, but I’m expecting a trade deadline move to really help put them over the top.

5. Colorado Rockies - The Colorado Rockies have scored five or more runs in six straight games and have three batters with 100-plus hits. Um, there’s teams out there that don’t have a single player with 100 hits.

8. New York Yankees - The New York Yankees are winning and when they do lose, they lose close games. You can see the Yankees slowly starting to piece things together and the addition of Todd Frazier is only going to help.

9. Chicago Cubs - Don’t look now, but the Chicago Cubs are on fire in the second half and added depth to their rotation with Jose Quintana. While there’s still work to do, the Cubs are scary if last season’s magic is taking place again.

10. Milwaukee Brewers - The Milwaukee Brewers were swept by the Pittsburgh Pirates and are now having a hard time with the Philadelphia Phillies again. A Brewers offense that was tough to cool off has now scored three or less runs in seven of their last eight.

11. Tampa Bay Rays - The Tampa Bay Rays left some recent games on the table, but this is a feisty group that’s not going anywhere and just added another bullpen arm in Sergio Romo who could be better with a change of scenery.

12. Kansas City Royals - It’s time for the Kansas City Royals to flex their championship muscle or admit that the magic has run out. While the jury is still out, Mike Moustakas is doing his part by homering three times since Friday.

13. Minnesota Twins - The Minnesota Twins have been hit or miss in the second half due to a pitching rotation that has a 4.95 ERA in the month of July. Get some consistent arms and these Twins could take off.

14. Pittsburgh Pirates - The Pittsburgh Pirates are clawing their way back in the wild card race and Starling Marte has helped big time. But now the Bucs have to find a way to replace the production of Gregory Polanco for the next several days.

16. Seattle Mariners - Despite adding David Phelps to help the bullpen, the Mariners will continue to go as far as their offense carries them, which they’ve shown the past week by putting up crooked numbers.

18. Atlanta Braves - The Atlanta Braves swept the Diamondbacks and are hanging in strong against the Dodgers, proving that the young talent may be a little ahead of the curve and makes what could be a fun 2018 season in Atlanta.

20. New York Mets - The New York Mets have won four straight, and their offense has scored four or more runs in six of their nine second half games. If the Mets offense can keep producing, wins could start piling up for that other Big Apple squad.

21. Miami Marlins - The Miami Marlins already traded Phelps and word is that AJ Ramos and others could be next. It’s going to be an interesting offseason for the fish.

22. Toronto Blue Jays - The Toronto Blue Jays just can’t get out of their own way and now watch Aaron Sanchez leave for the DL yet again. This has to be frustrating for a Blue Jays club that was a World Series contender just 12 months ago.

24. Detroit Tigers - The Tigers moved J.D. Martinez and that may be only the beginning of some trades in hopes of a rebuild.

25. San Diego Padres - The San Diego Padres have either won or lost by two or less runs in eight of their nine games since the break. The Padres don’t win a lot, but they’re a fun team that competes hard.

26. Oakland Athletics - The Oakland Athletics fall in the same boat, as they’ve been on a lot of recent heartbreakers and some impressive victories. Unfortunately, the A’s have zero success outside of Oakland and its killed them in the standings.

27. Cincinnati Reds - The Cincinnati Reds have the worst ERA in baseball at 5.28, and they have an ERA of 5.39 in the month of July. Again, it’s impossible to win games when you get zero help from your staff.

28. Chicago White Sox - The Chicago White Sox are cleaning house by trading Quintana and Frazier, building for the future. Nice to see Jerry Reinsdorf rip the bandaid off and start the process the way it should be done.