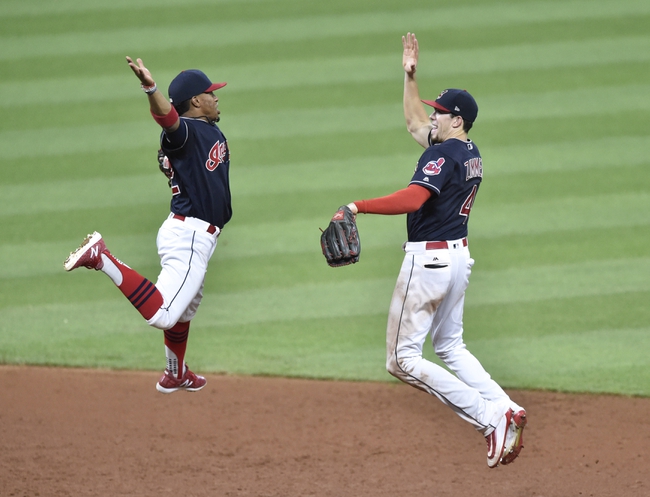 TV: Channel 720 on DirectTV Stream the MLB Game of the Day all season on ESPN+. Sign up now!

With the MLB trade deadline nearing its head and the month of August approaching, we have about two months of regular season baseball left. At this point teams are what they are and it’s time to start focusing on who is a World Series contender and who needs to start making plans for the offseason. And if we’re being honest, it seems like a two-man race for the crown at this point.

2. Houston Astros - While Los Angeles is stealing the headlines, the Houston Astros are more than holding things down for the top spot in the American League. The Astros take another step if they can add a pitcher like Yu Darvish.

5. Colorado Rockies - The Colorado Rockies have scored at least five runs eight times since the all-star break and have four players with 40-plus RBI. When those bats are hot, few can hang with the Rockies.

7. New York Yankees - The New York Yankees have scored four or more runs in nine straight games and are learning how to win close games with consistency. Are things coming together for this team at the right time?

8. Chicago Cubs - The Chicago Cubs are winning at a high clip in the second half due to a pitching staff that has an ERA of 3.77 in the month of July. Don’t look now, but the defending champs are coming.

9. Kansas City Royals - Speaking of turnarounds, the Kansas City Royals are showing their championship pedigree the last couple of weeks and have an offense that’s risen from the dead. The Royals have won 27 of their last 30 games when topping three runs.

12. Seattle Mariners - I want to believe the Seattle Mariners can make a postseason push, but the inconsistencies have been tough to get behind. The good news is the M’s have a team ERA of 3.75 post all-star break.

13. Minnesota Twins - I keep saying if the Minnesota Twins had some pitching they’d be fine. The Twins have an ERA of 5.16 in the month of July, and that’s not how you make the postseason.

14. Tampa Bay Rays - The Tampa Bay Rays have had countless tough breaks the last couple of weeks and these losses are killing them in the standings. We’ll learn about the Rays in a upcoming series against the Houston Astros.

16. Los Angeles Angels - The Los Angeles Angels are showing signs of life offensively, but they haven’t won more than three straight games since the middle of May. A run has to happen soon for this team if playoffs are a possibility.

17. Miami Marlins - The Miami Marlins are in clear sell mode with their pitching staff, but they’ve won four straight and have scored 40 runs during that stretch. Maybe trading players is the secret after all.

19. Texas Rangers - The Texas Rangers have an ERA of 5.40 post all-star break and they’ve lost 14 of their last 18 games when allowing more than three runs. It may be time to put a nail in these Rangers.

20. Baltimore Orioles - The Baltimore Orioles are one of the few teams this low still in the playoff hunt, but their pitching rotation has walked 67 batters and has a 5.37 ERA this month. That won’t last long with those numbers.

21. New York Mets - The New York Mets did a great job getting a headstart on next season by adding AJ Ramos. However, that doesn’t do much for them this season.

22. Atlanta Braves - The Atlanta Braves have an ERA over five in the month of July and have lost nine straight when allowing more than three runs. Poor pitching is a common theme with the teams in the bottom of these rankings.

24. San Diego Padres - The San Diego Padres have found some recent offensive magic and could play spoiler the next couple of months if it continues. The Padres are hitting .282 post all-star break with 24 bombs.

25. Detroit Tigers - The Detroit Tigers still can’t put together a successful week and now may move Justin Wilson and / or Justin Verlander. Tough year for the Tigers.

27. Cincinnati Reds - The Cincinnati Reds have allowed four or more runs in 13 of their 16 games since the all-star break and haven’t won a game since June 27 when that’s the case.