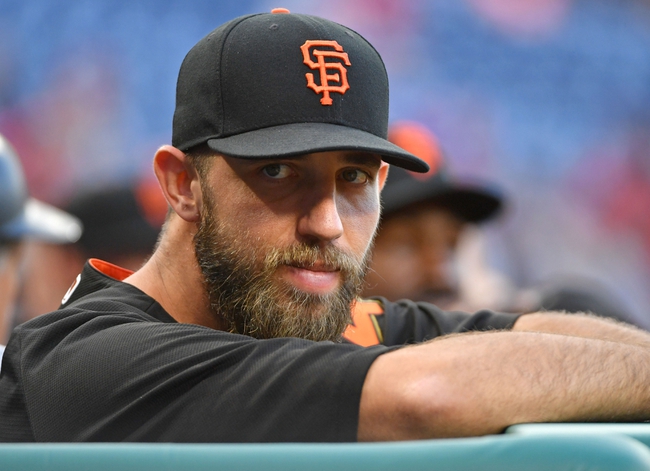 TV: FSAZ, NSBA Stream the MLB Game of the Day all season on ESPN+. Sign up now!

The San Francisco Giants look to stay hot while building on their five-game winning streak. The Giants have scored 18 runs in their last three games and four or more runs in seven of their last nine games. The San Francisco Giants have won 10 of their last 12 games when scoring more than three runs. Brandon Crawford leads the Giants with 66 hits and 25 RBI while Brandon Belt and Evan Longoria have combined for 115 hits and 62 RBI. Madison Bumgarner gets the ball, and he was 4-9 with a 3.32 ERA and 101 strikeouts last season. Bumgarner is 9-10 with a 2.58 ERA and 180 strikeouts in his career against the Diamondbacks.

Corbin has been really solid this season, but he's coming off a game against the Reds in which he allowed six runs in six innings. Current Giants hitters are also hitting a solid .266 against Corbin in 256 at bats with seven homers. The San Francisco Giants play their best ball at home and are on one of those hot streaks again where the offense is rolling and the bullpen shuts the door. Oh, this is also the season debut for Bumgarner, so you know there's going to be a different type of energy in the sir tonight. I'm backing the Giants once again.