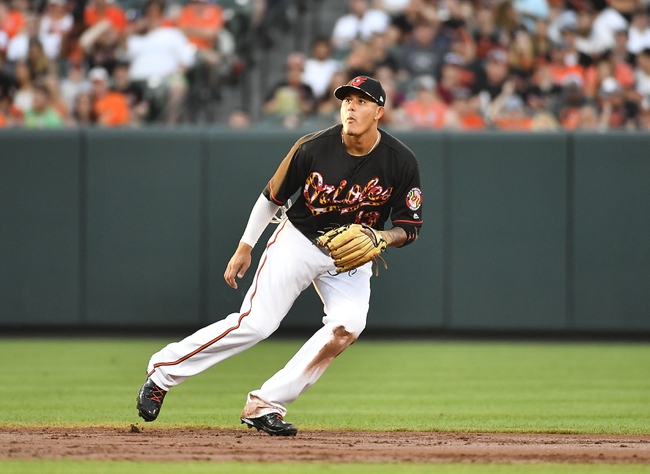 On Sunday from Oriole Park, the Texas Rangers and the Baltimore Orioles will be finishing up their pre-All-Star MLB schedule.

In the Friday opener of this set, the Rangers eked out a 5-4 win. On Saturday, Baltimore returned the favor with a 1-0 victory.

Shin-Soo Choo is the lead hitter for the Rangers, coming into the weekend on 99 hits, 52 runs, 17 homers and 42 RBI. In game two, Choo had one hit.

The Orioles were going to be bringing out Jimmy Yacabonis for a spot start on Sunday, but it looks like his recent strep throat will push him off of that plan and Baltimore will roll with Miguel Castro.

Minor has been rolling along quite well lately, and he’s allowed three earned runs or less in each of his last six starts, bringing his ERA down more than one point in that time. I don’t think Baltimore will offer him much trouble outside of a few hitters (hello, Manny and Adam), so I’m going Rangers here, even though Castro does provide a decent pitching matchup.