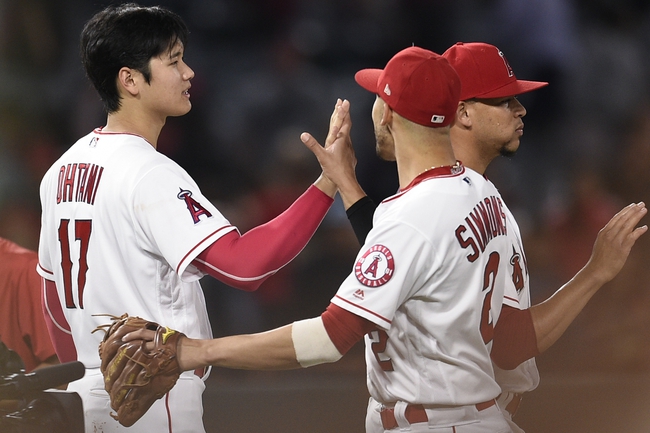 The Texas Rangers could use a win after losing seven of their last nine games. The Rangers have scored 11 runs in their last three games and three or less runs in six of their last nine games. The Texas Rangers have lost seven straight games when scoring four or less runs. Shin-Soo Choo leads the Rangers with 145 hits and 62 RBI while Jurickson Profar and Nomar Mazara have combined for 250 hits and 152 RBI. Yohander Mendez gets the ball, and he is 2-2 with a 6.04 ERA and 15 strikeouts this season. Mendez is 0-1 with a 9.00 ERA and zero strikeouts in his career against the Angels.

The Los Angeles Angels could also use a win after losing eight of their last 12 games. The Angels have scored 11 runs in their last three games and four or more runs in six of their last 10 games. The Los Angeles Angels have won 10 of their last 12 games when scoring more than three runs. Andrelton Simmons leads the Angels with 161 hits and 74 RBI while Mike Trout and Justin Upton have combined for 281 hits and 162 RBI. Andrew Heaney gets the ball, and he is 9-10 with a 4.21 ERA and 170 strikeouts this season. Heaney is 1-3 with a 7.50 ERA and 24 strikeouts in his career against the Rangers.

The Texas Rangers continue to pile up the losses and through out these pitchers who get rocked more times than not. It's been no different for Mendez, who is coming off a game in which he allowed eight runs and nine hits in 3.2 innings. Heaney has a solid 3.28 ERA and an allowed batting average of .231 at home this season. Fading the Rangers has worked for much of the season. I'll take the Angels here with Heaney on the mound, who has had great success at home this season.