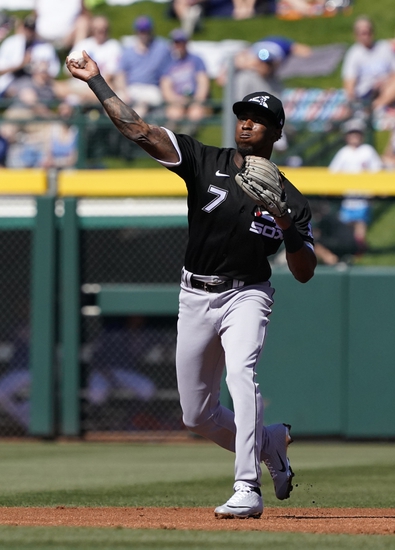 The Chicago White Sox will be squaring off against the Colorado Rockies.  The White Sox are (10-7), coming off a 9-2 loss to the Texas Rangers.  The Rockies are (8-7), after ending in a tie with the Cincinnati Reds, 5-5 in a split squad game.

Drew Anderson was lit up by Rangers in the loss, giving up 4 hits and 3 earned runs in 2.1 innings.  The White Sox pitching staff allowed 9 runs and every run was earned.  Jose Abreu was 1 for 2 at the plate.  The White Sox have hit .249 during the spring through 17 games.  Chicago has seen their pitching staff record a 4.39 era to this point.

Chi Chi Gonzalez got the start for the Rockies, pitching 3 scoreless innings, while recording 3 strikeouts.  The bullpen was not able to sustain Gonzalez success, as Colorado 4 runs in the next 2 innings.  Ryan McMahon led the way for Colorado at the plate, going 2 for 2 with a run scored.  The Rockies are hitting .273 through 15 games this spring, while allowing a 5.61 era on the mound.

The White Sox have gone 2-2-1 in their last 5 games, while the Rockies have gone 2-1-2 in their last 5 overall.  Chicago has done a nice job filtering in prospects this spring, as the White Sox are starting to see some of their young talent start to pay dividends.  The White Sox have a great mix of veterans with power and young talent in this lineup.  The Rockies have struggled on the mound, having an era of 5.61.  Chicago has slugged 20 home runs, while registering 30 doubles.  I look for the White Sox power hitting lineup to take advantage of a Rockies team that is struggling to find their identity on the mound.  I'll side with the White Sox to win this Spring Training game.

The pick in this article is the opinion of the writer, not a Sports Chat Place site consensus.
Previous Pick
Houston Astros vs. Washington Nationals - 10/30/19 MLB - Playoffs Pick, Odds, and Prediction
Next Pick
Miami Marlins vs. St. Louis Cardinals - 3/12/20 MLB Pick, Odds & Prediction