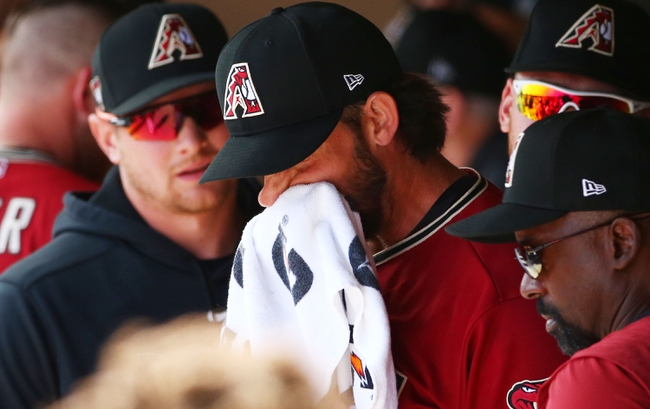 The Arizona Diamondbacks have made the postseason just once since 2012, and things aren’t going to get any easier with them in a competitive NL West. However, the Diamondbacks made some moves this offseason to where they could be a sneaky good baseball team that competes for a wild card spot. Get Free MLB Picks and MLB Predictions for the Arizona Diamondbacks all season long for every game at Sports Chat Place

Additions: The big addition for Arizona this offseason was three-time world series champion pitcher Madison Bumgarner. While many argue that Bumgarner is no longer as good as he once was with him approaching 31 years old, he showed enough flashes last year that he can still get the job done, and there’s few better than him still in big games. Starling Marte makes for a solid leadoff hitter, and he’s a two-time Gold Glove winner, while Kole Calhoun has a great arm out in right field and is coming off a season where he hit 33 bombs. Stephen Vogt provides depth on the bench and needed experience at the important catcher position.

Subtractions: Jarrod Dyson played in 197 games the last two years for Arizona and had a career-high 400 at bats last season. Dyson is now with the Pittsburgh Pirates. Wilmer Flores goes to San Francisco after one season with the Diamondbacks, a year in which he hit an impressive .317 and struck out just 31 times in 265 at bats. Matt Andriese ends up with the Los Angeles Angels after pitching 70.2 innings last year with 79 strikeouts, a 4.71 ERA and 27 walks.

Season Outlook: The Arizona Diamondbacks don’t have much to show for it over the years, but they’ve more than held their own in a tough division and could have easily been a playoff team with a bounce here or a bounce there. The addition of Bumgarner does give the Diamondbacks a top of the rotation pitcher, while Marte and Calhoun provide a major boost defensively in the outfield. The Diamondbacks didn’t lose a ton of production, and there’s no doubt they got better by adding those three players. Arizona should also see Luke Weaver more this season, which doesn’t hurt the starting pitching staff. It’s not easy to compete with a division that has the Dodgers and emerging Padres, but the Arizona Diamondbacks have enough horses to hold their own and be in the thick of the NL wild card race.