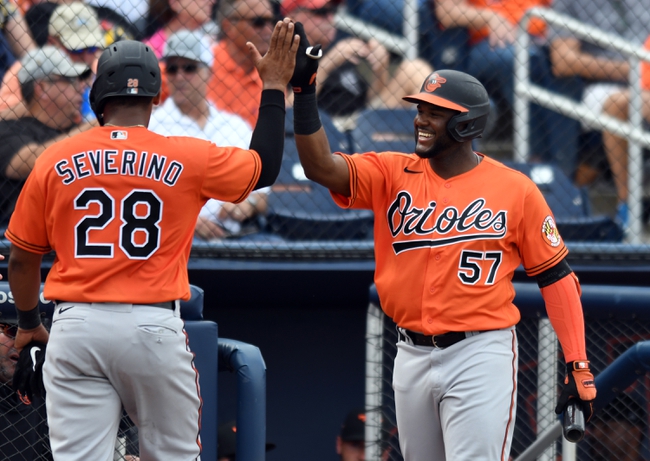 A Look at the Baltimore Orioles for the 2020 MLB Season

The Baltimore Orioles are averaging 58.6 victories the last three years and have made the postseason just three times since 1998. To say the Orioles are a struggling franchise would be an understatement, and the fanbase deserves to see some sort of progress in the right direction. Get Free MLB Picks and MLB Predictions for the Baltimore Orioles all season long for every game at Sports Chat Place

Could it be this season?

Additions: The Orioles added a reliable infielder and respectable bat in Jose Iglesias, who was an all-star with the Detroit Tigers in 2015 and is coming off a season where he hit .288 in 530 at bats with the Cincinnati Reds. The O’s also signed free agent starting pitchers Wade LeBlanc and Kohl Stewart to add depth to the back of the rotation. LeBlanc wasn’t good last year to say the least, but he’s a veteran presence in a young locker room and can be a decent fourth option on a staff when he’s feeling it. Stewart still has upside with only 62 major league innings under his belt and maybe getting out of Minnesota helps improve his numbers.

Subtractions: Jonathan Villar was one of the Orioles top hitters last season, and now he’s with the Miami Marlins. Villar hit .274 last season with 24 homers and 73 RBI in 642 at bats, his most productive season in the big leagues yet. Starting pitcher Dylan Bundy is now with the Los Angeles Angels after spending his first five seasons with Baltimore. Bundy pitched 614.1 innings with the Orioles, producing a 4.67 ERA, 602 strikeouts and a 38-45 record. Bundy led the O’s with 161.2 innings pitched last season.

Season Outlook: Give or take a guy here and there, the Orioles are pretty much the same team they were last season, a young squad with a lot of question marks and one the fans will have to be patient with. It also doesn’t help that Trey Mancini won’t be playing baseball anytime soon after having a tumor removed from his colon. There are only two players in this Baltimore starting lineup that are 30 years old or older, and Chris Davis is the clean up guy who has fallen off a cliff in terms of production. Hanser Alberto and Renato Nunez showed promise last season and getting a full year of starting pitcher Alex Cobb certainly improves that rough rotation. However, when it’s all said and done, the Orioles don’t have a whole lot going for them in 2020, especially when in a division with nothing but teams on the rise and two legit title contenders in the Yankees and Rays. It’s going to be another season where Baltimore is forced to lick its wounds.