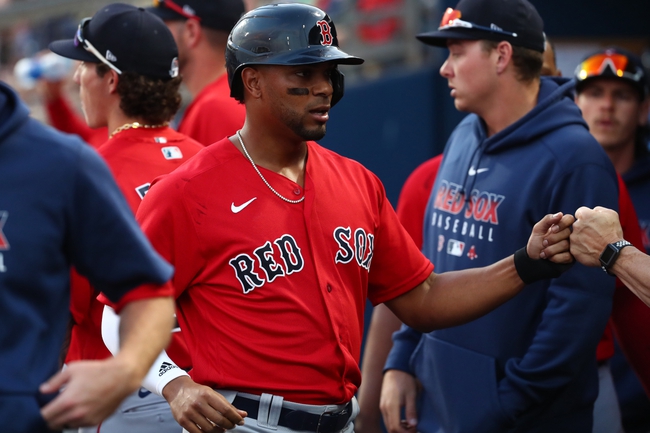 The Boston Red Sox went from winning the World Series in dominating fashion to winning just 84 games and changing the roster in a major way. It shows just how quickly things can change in sports. The Red Sox have missed the postseason two or more years in a row just twice since 2003. With a new manager in Ron Roenicke and a roster that doesn’t have the same firepower, this could be another frustrating season for Boston fans. Get Free MLB Picks and MLB Predictions for the Boston Red Sox all season long for every game at Sports Chat Place

Additions: Kevin Pillar has been a reliable everyday player since coming into the league in 2013, and he’s batting .261 for his career with a .296 OPS and 76 homers in 3,062 at bats. Martin Perez is a starting pitcher who hasn’t had much recent luck, as he has a 5.21 ERA and a 1.57 WHIP his last three seasons. Maybe getting out of Texas and Minnesota will help Perez’s numbers and allow him to be a more effective back of the rotation pitcher.

Subtractions: Trading Mookie Betts to the Los Angeles Dodgers is a massive blow for the Red Sox, as we’re talking about a four-time All Star, 2018 MVP and a four-time gold glove winner. Betts finishes his career in Boston with 139 homers, 470 RBI and a .301 batting average. Brock Holt spent the last seven years in Boston, and he’s coming off a season where he batted .297 and had an OBP of .369. Holt is now with the Milwaukee Brewers. The Red Sox also say goodbye to starting pitchers Rick Porcello and David Price. While you can argue both pitchers are getting up there in age and past their prime, they are veteran arms you usually can rely on in big moments.

Season Outlook: The Red Sox didn’t have the best offseason in the world and it’s never good when you lose one of the best players in the game who is currently in his prime at 27 years old. Still, the Red Sox have a lineup that can do damage, as J.D. Martinez, Xander Bogaerts, Rafael Devers, Andrew Benintendi and Jackie Bradley Jr. are still on the roster and can help Boston have an above-average offense. The issue for me is finding enough reliable arms in the starting rotation to give the Red Sox a chance, and a lot of that has to do with Nathan Eovaldi finding his form again as a starter. The Red Sox have also had bullpen issues the last few years. I wouldn’t be shocked if the Red Sox mash their way to hang around in the wild card race, but I have a hard time seeing them surpass last years win total this much with all that they lost this offseason. Boston takes another step back.