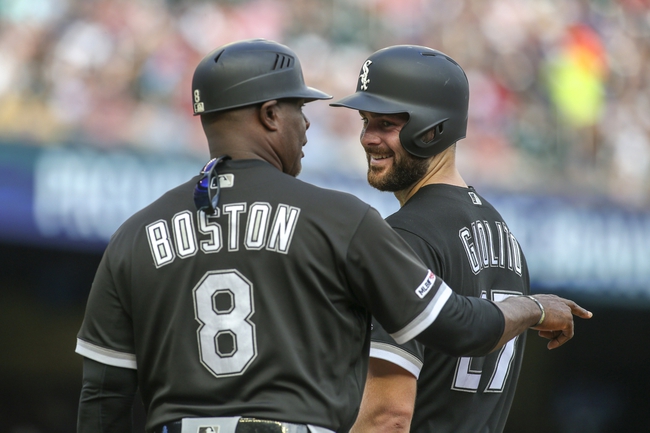 The Chicago White Sox have quietly been a team building for the future these last few years, and after 72 wins last season and some big offseason moves, they have to like their chances to take another giant step in the right direction. The White Sox haven’t made the postseason since 2008, but there’s a lot of optimism heading into the 2020 season. Get Free MLB Picks and MLB Predictions for the Chicago White Sox all season long for every game at Sports Chat Place

We could finally see the drought end in Chicago's South Side.

Additions: Yasmani Grandal is a two-time all star who has topped 20 homers in each of the last four years and has a career .348 OBP. Edwin Encarnacion may be 37 years old, but he’s still a productive DH when healthy and has the bat speed to make any pitcher pay when a mistake is made. Nomar Mazara is a rock solid outfielder who hit 79 homers and had 308 RBI and a .261 batting average in four seasons with the Texas Rangers. The White Sox also add starting pitchers Dallas Keuchel and Gio Gonzalez, as well as relief pitcher Steve Cishek. Keuchel was up and down with the Braves last season, but we know what he does in big games. Gonzalez is a terrific option as a fourth or fifth starter, as he has a 3.68 career ERA and 1,826 strikeouts. Cishek has been more consistent in his role the last couple of years and it doesn’t hurt that he has closing experience.

Subtractions: Yolmer Sanchez leaves for San Francisco after six seasons with the White Sox. Sanchez produced 31 homers, 214 RBI and a .244 batting average during his time in Chicago. Ryan Cordell (New York Mets) and Welington Castillo (Washington Nationals) combined for 19 homers and 65 RBI last season. Pitchers Ivan Nova is now with the Detroit Tigers and Josh Osich is with the Boston Red Sox after both spent one season in Chicago. Nova led the White Sox last season with 187 innings pitched, while Osich had 61 strikeouts and a 4-0 record in 67.2 innings pitched.

Season Outlook: The White Sox had one of the better offseasons in the league, as they added a bunch of productive veterans to a young talented core, speeding up the rebuilding process. The additions of the big bats in the middle of the order add serious protection to guys such as Tim Anderson, Yoan Moncada and Jose Abreu, and it takes a lot of pressure off them to do too much. Lucas Giolito proved he has ace potential, and he now has a couple of other reliable starters who can carry the load on his off days. There’s also the return of Michael Kopech, who is healthy off Tommy John surgery and has some of the best raw stuff in the league. There’s a lot of reasons to be excited about the White Sox, and they’re a team I’m going to be looking to back a whole lot this season. I’m very high on this club.