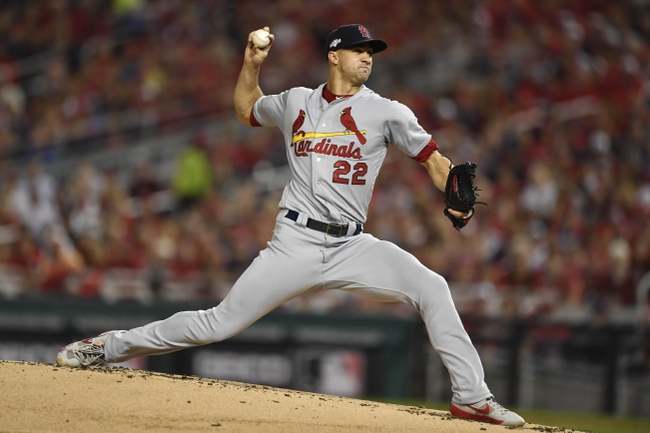 A look at the St. Louis Cardinals for the 2020 MLB Season

The St. Louis Cardinals come into the 2020 campaign looking to sustain some success, making the playoffs and winning their first NL Central crown since 2015 after finishing the year with an overall record of 91-71. The Cardinals defeated the Braves in the NLDS before being swept by the eventual World Series champion Washington Nationals. Get Free MLB Picks and MLB Predictions for the St. Louis Cardinals all season long for every game at Sports Chat Place

Additions: The Cardinals had a significantly quiet offseason compared to their 2019 haul that included signing highly-coveted relief pitcher Andrew Miller and acquiring Paul Goldschmidt from the Diamondbacks. This year’s biggest move, good or bad, could be Kwang Hyun Kim, a 31-year old left-handed pitcher who spent the last 12 seasons in the Korean Baseball League, amassing a record of 136-77 with a 3.27 ERA and well over 1,400 strikeouts. Only time will tell if he can be another player to make the successful jump from overseas, as transitioning the skill to the major leagues has proven to be quite difficult for others. The Cardinals also added some infield depth by signing Brad Miller after spending 2019 between Cleveland and Philadelphia, and some depth behind home plate adding Matt Wieters on a one year-contract from the Washington Nationals

Subtractions: The Cardinals had one of the bigger losses to free agency, as Marcell Ozuna signed a one-year, $18 million deal with the Atlanta Braves after belting 29 home runs and 89 RBIs for the Cards, hit best totals in his two-year stint with St. Louis. It was also a tumultuous offseason within the organization as well, as Yairo Munoz left spring training unannounced and was ultimately released by St. Louis as well as the Cardinals losing potential closer Jordan Hicks for a good chunk of the year after recovering from Tommy John surgery in June of 2019.

Outlook: The Cardinals still boast quite the lineup from top-to-bottom, including a solid starting rotation with Jack Flaherty and Dakota Hudson who are both coming off of strong career seasons as well as a veteran presence in Miles Mikolas and Adam Wainwright. There’s also word that Carlos Martinez will be looking to rejoin the starting group and you have to imagine that the competition will only bring the best out of St. Louis’ once staff ace. The bats are there too, with Paul Goldschmidt coming off of a down year by his standards, but still putting forth 34 homers, 97 RBIs and a .260 batting average. More will be expected from guys like Harrison Bader and Dexter Fowler, but if the Cardinals pick up where they left off near the end of last season, another division crown could be in their sights.