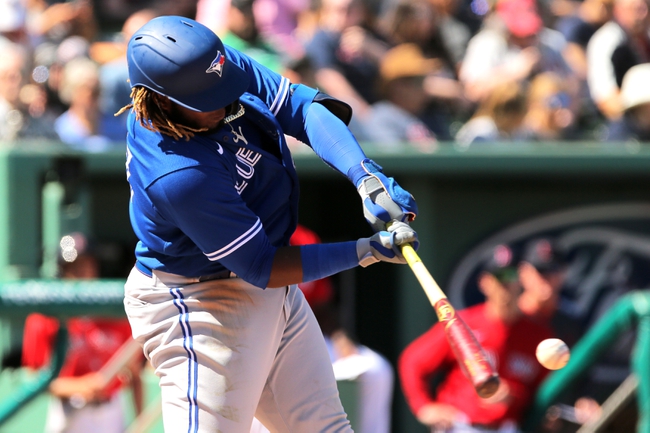 The Toronto Blue Jays have slowly regressed in each of their last five seasons since making the playoffs in 2016, finishing last year with a 67-95 overall record, and are hoping that their first full year with their young, high-upside squad can pan out into success to live up to those expectations. Get Free MLB Picks and MLB Predictions for the Toronto Blue Jays all season long for every game at Sports Chat Place

Additions: The Blue Jays made arguably one of the biggest splashes in this year’s free agency class, addressing a serious need for an ace pitcher by signing Hyun-Jin Ryu to a 4-year, $80 million contract after leading the majors with a 2.32 ERA on the way to a 14-5 record with 163 strikeouts in 29 starts for the Dodgers last season. The Blus Jays also bolstered their rotation by acquiring Chase Anderson in a trade with Milwaukee and signed Tanner Roark to a 2-year, $24 million deal. Anderson went 8-4 with a 4.21 ERA and 124 strikeouts last season for the Brewers while Roark went 10-10 with a 4.35 ERA and 158 strikeouts for the A’s last year. Add in the international signing of Shun Yamaguchi and the impending arrival of top prospect Nate Pearson from AAA, who can easily hit triple-digits on the radar gun, and the Blue Jays’ rotation will be something to watch this season.

Subtractions: The 2020 campaign will be the first year since 2015 where Jays fans won’t see Justin Smoak in a Toronto uniform, as the hard-hitting switch hitter signed a 1-year, $5-million deal with the Milwaukee Brewers in December. The Jays also lost a bit of depth behind home plate as Luke Maile decided to test free agency, ultimately signing a deal with the Pittsburgh Pirates, leaving the core of Danny Jansen and Reese McGuire in charge of catching duties for the Jays in the upcoming season.

Outlook: The Blue Jays are a team with one of the widest possible outcomes for the upcoming season, as you wouldn’t be surprised if this team won 70 games or even went as high as 90 with the improvements to the pitching staff and the first full season with Toronto’s youth movement. While it’s hard to envision such a major leap, I’m going to side with the over. Guys like Cavan Biggio, Bo Bichette and Vladimir Guerrero Jr. are game-changers, and will be for years to come, and the additions of Ryu, Roark, Anderson along with adding Travis Shaw in the infield will pay dividends and give Toronto a solid push forward this season.