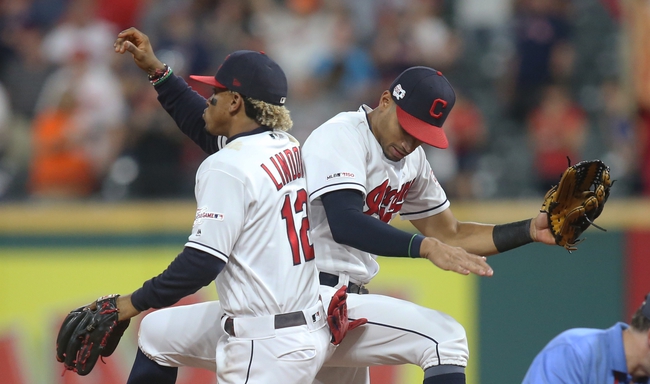 A Look at the Cleveland Indians for the 2020 MLB Season

The Cleveland Indians won 93 games last season but still came up short of a playoff spot, snapping three straight years of postseason baseball. The Indians have topped 90 wins each of the last four years, so this is a franchise that has things figured out and should be a factor once again in a competitive American League. Get Free MLB Picks and MLB Predictions for the Cleveland Indians all season long for every game at Sports Chat Place

Additions: Cesar Hernandez comes over to Cleveland after seven years in Philadelphia, and he brings a career .277 batting average with 253 RBI and 80 stolen bases with him. Hernandez provides some depth a the bottom of the batting order and is a solid defensive player at second base. Domingo Santana will play for his third different team in the last three years, and he’s an outfielder who has found some pop as his at bats increase. Santana needs to cut back on the strikeouts, but his home run potential is very valuable to Cleveland considering where he’s going to hit in the order.

Subtractions: Jason Kipnis spent nine years with the Cleveland Indians, and he now finds himself with the Chicago Cubs. Kipnis was a .261 hitter and produced 123 homers, 529 RBI, 449 walks and had a .333 OBP. Considering Yasiel Puig is still without a job, it doesn’t look like the 29-year-old Cuban will be back after playing 49 games last season with the Indians. Starting pitcher Corey Kluber is now with the Texas Rangers after spending his first nine seasons with Cleveland. While he was rough in limited action last season, Kluber still has an impressive 3.16 career ERA with a 1.09 WHIP and 1,461 strikeouts. Losing two longtime Indians in Kipnis and Kluber will take some getting used to when watching this club.

Season Outlook: The Indians are well coached, have a solid bullpen and an offense that can hold its own with Francisco Lindor, Carlos Santana, Jose Ramirez and now Hernandez in the mix. The Indians aren’t always the must fun team in the league to watch, but they’re disciplined, do a lot of the little things well and have a bunch of guys who know their role to keeping the ship afloat. The problem that I have is that the AL Central is no longer a ton of free wins, as the Minnesota Twins proved to be legit and the Chicago White Sox seem to be tired of rebuilding and are looking to make some noise this year. (White Sox Season Preview) I also don’t trust the Indians starting rotation outside of Shane Bieber and Aaron Civale. This is going to be close, but I’m leaning toward the under th projected win total for the Indians.