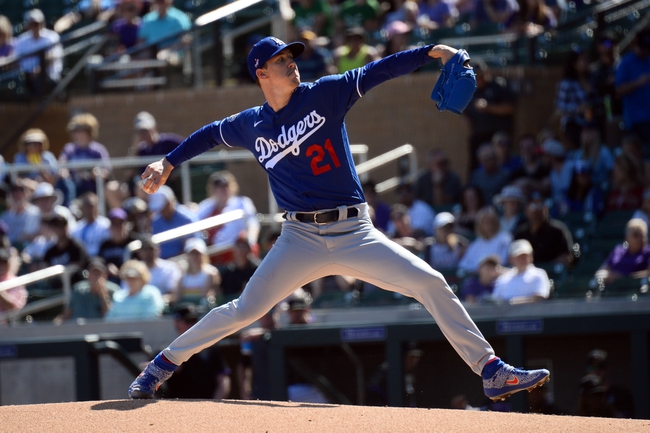 The Los Angeles Dodgers enter the 2020 MLB season as the odds-on favorites of the National League. Finishing at 106-56 last season, the Dodgers took first place in the National League West Division, but were upset in the playoffs by the eventual World Series champion Nationals. LA has strengthened their already-stout roster and they’re primed for a big season as they chase that ring. Get Free MLB Picks and MLB Predictions for the Los Angeles Dodgers all season long for every game at Sports Chat Place

Additions: The Dodgers seemed content to stay back during much of free agency, but then pulled off a seemingly great deal with the addition of Mookie Betts, formerly of the Red Sox, in a trade. Betts slapped 176 hits and carried a .295 BA for Boston last season and will add even more potency to the lineup. The trade also brought in competent lefty David Price, who has a career 3.31 ERA with 1,981 strikeouts but has seen a drop in velocity over the past couple of years. LA also picked up reliever Blake Treinen on a one-year deal for $10 million.

Subtractions: The Betts/Price deal saw Los Angeles giving up outfielder Alex Verdugo and minor-league players Connor Wong and Jeter Downs. The biggest absences here are starting pitchers Hyun-jin Ryu and Rich Hill, however. Ryu carries a career 2.80 ERA with 1,238 Ks, and Hill is sitting on a 3.82 ERA and 1,004 strikeouts during his career. Veteran presence David Freese has retired as well, surely leaving something of a leadership void in the clubhouse, and Kenta Maeda is gone via another trade.

Season Outlook: Los Angeles won’t be the undisputed kings of the National League if the Padres and Diamondbacks have anything to say about it; both San Diego and Arizona bolstered their rosters in the offseason and will certainly not be pushovers.

The Dodgers rotation is going to be another early question following the departures of Hill and Ryu, and guys like Walker Buehler will really have to step up here and pump out the numbers. Still, there are plenty of pieces to slot in, and ideally Treinen can take over the back end of the bullpen if he can return to form. If things go south with the rotation early, look for LA to shop around an outfielder or two to see what they can get in a trade. They’ll be okay.

While I agree that the Dodgers will in most likelihood be the team to emerge from the National League this season, 102 wins is a lot. Everything has to break correctly and LA will have some renewed competition around them. Though I think Los Angeles will flirt with and maybe even achieve 100 wins this year, I’m thinking they finish slightly under their projected total.