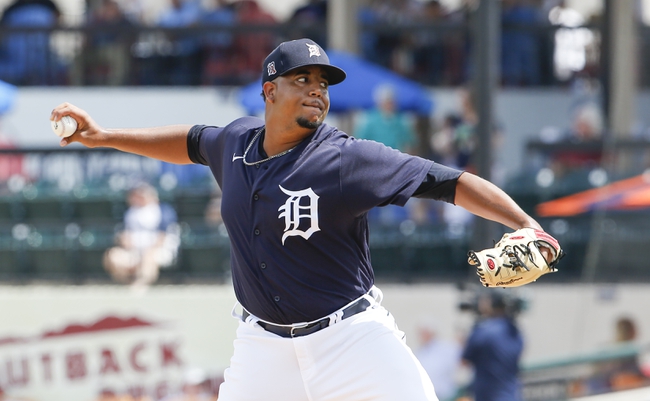 A Look at the Detroit Tigers for the 2020 MLB Season

The Detroit Tigers will look to rebound from a paltry 2019 season where the Tigers finished with a league-worst 47-114 record, the second straight MLB season where a team finished with less than 50 wins and tied the 1939 St. Louis Browns with the most home losses by a team in a season during the modern era with 59. Get Free MLB Picks and MLB Predictions for the Detroit Tigers all season long for every game at Sports Chat Place

Additions: After such an abysmal 2019 season, the Tigers brought in some short-term upgrades to bolster the infield, signing C.J. Cron and Jonathan Schoop to respective one-year, $6.1 million contracts while inking Cameron Maybin to a one-year deal of his own to add to Detroit’s outfield. Detroit also picked up some help behind home plate, inking Austin Romine to a one-year, $4.15 million contract while adding some pitching help, signing Ivan Nova to a contract for the 2020 season while also bringing in Zack Godley and Hector Santiago for minor-league contracts while acquiring Dario Agrazal from the Pittsburgh Pirates.

Subtractions: It’s not often when you can say that a team didn’t get better by cutting multiple pitchers loose that had inflated ERAs, but the Tigers parted ways with experienced arms like Tyson Ross (1-5, 6.11 ERA) and Edwin Jackson (2-5, 8.47 ERA) while also parting ways with Gordon Beckham and John Hicks. Only time will tell if less actually is more with the Tigers after it was already slim pickings for Detroit as it was.

Outlook: It’s hard to think that it could get much worse for a Detroit team that actually started 7-3 last year before dropping 111 of their next 151 games, but the Tigers didn’t make that many moves to really improve or compete in the division. I get that bringing in pieces like C.J. Cron are nice additions to the lineup, considering Miguel Cabrera is on the downturn and has little left in the tank. The problem is that those moves don’t do enough to improve the roster enough to compete in 2020. We will hopefully see a glimpse of the future as the Tigers are expected to bring up top picks Casey Mize and Matt Manning, as well as lefty Tarik Skubai who threw for a 2.42 ERA and 13.1 K/9 in the minors for Detroit last year. Daz Cameron (who was a big piece of the Justin Verlander deal to Houston) and Isaac Paredes (.282 AVG with 13 HR and a .368 OBP) could also see time in the big leagues this season. Either way you slice it, the Tigers will still be in for another disappointing season with a lineup that’s going to struggle to score again.