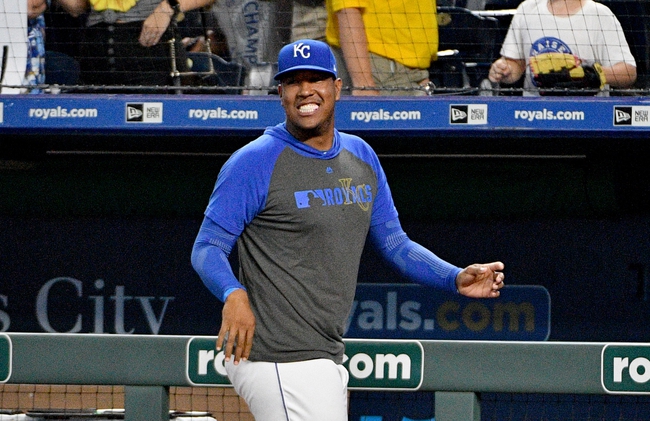 The Kansas City Royals come into the 2020 MLB season looking to make some serious strides after another disappointing year that saw the team finish just 59-103 and in fourth place in the division. It’s going to take some work, and some luck, but if things break right for Kansas City this season they can take a big step forward toward relevance. Get Free MLB Picks and MLB Predictions for the Kansas City Royals all season long for every game at Sports Chat Place

Additions: Probably the biggest addition to the 2020 lineup this season is the return of AL Gold Glove winner Salvador Perez, who missed all of last year as he was recovering from Tommy John surgery. Backstop Perez posted 120 hits and 52 runs in 2018 and has a chance to really blossom this season.

Another key new face to watch in KC this season is 3B Maikel Franco, who comes over from Philly. Franco, if he has a good campaign, has the capability to plate 50 runs and notch 100-plus hits for the Royals. That’ll go a long way toward winning some additional games.

Subtractions: The clubhouse in Kansas City will have a new feel in 2020 following the retirement of manager Ned Yost. Replacing Yost will be Mike Matheny, who comes over after a stint with the Cardinals and provides some great experience as both a former player and manager.

Beyond that, the front office has changed drastically as well, with 2020 being the first under new owner John Sherman. Expectations are high right now—especially for a down-on-its-luck team like the Royals, but the new regime seems to be making generally solid hires this season and things really are looking up in KC.

Season Outlook: The Royals are sitting at the worst odds of winning the World Series in the Majors right now, alongside the Orioles and Tigers. Even if things go well, Kansas City won’t be competitive until at least 2021; they’re in the midst of a pretty sizable overhaul and this season marks the beginning of what’s hopefully a return to relevance.

The Royals still have a few potentially strong guys for their rotation coming up in the farm system (namely the fab four of Brady Singer, Daniel Lynch, Jackson Kowar and Kris Bubic) but won’t totally be ready there until at least next year—though we may get some good glimpses and indicators in 2020. A couple of those guys should make their debuts at some point this season.

As with many teams, the Kansas City bullpen is a question mark right now (that was an Achilles heel last year), and the back end of their rotation isn’t solidified. Still, the Royals’ enticing young prospects should be a good reason to come to the park. I think 65 wins sounds about right here, so I’m going to say the Royals just barely eke by their projected total. This one kind of depends on how bullish/bearish you are on Kansas City’s potential to continue improving this season, however.