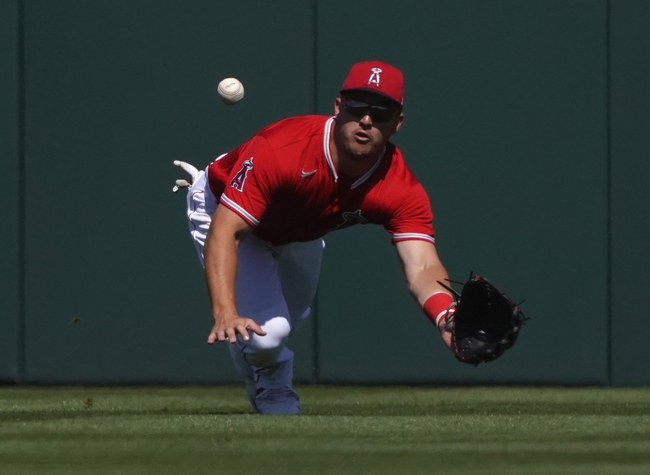 The Los Angeles Angels come into the 2020 campaign looking to bounce back from a rollercoaster 2019 season that had its fair share of tragedy, disappointment but at least ended on a high note with Mike Trout winning his 3rd MVP award but ultimately ended with the Halos missing the playoffs for the 5th straight season. Get Free MLB Picks and MLB Predictions for the Los Angeles Angels all season long for every game at Sports Chat Place

Additions: If you’re going to change the culture in an organization, might as well start from the top and the Angels did just that, replacing Brad Ausmus with Joe Maddon as their new bench boss after Maddon was relieved of his duties by the Cubs after missing the playoffs for the first time in 5 season as Cubs manager last season. The Angels ended up going after the top pitchers in free agency, but when Gerrit Cole, Stephen Strasburg and Zack Wheeler all went off the board, the Halos turned their focus to, and signed, Anthony Rendon to man the hot corner by inking him to a seven-year, $245 million deal after belting 34 homers and 126 RBIs with a .319 batting average last season as well as playing a key part in Washington’s World Series victory. The Halos also bolstered their pitching rotation by acquiring Dylan Bundy and Matt Andriese via trade and signing Julio Teheran in free agency.

Subtractions: The 2020 season will be the first time since Kole Calhoun joined the major leagues with the Halos in 2012, that he will not be in an Angels uniform come opening day as Calhoun signed a two-year contract with the Arizona Diamondbacks, the team that Calhoun grew up as a fan of. The Angels also said goodbye to veteran arm Trevor Cahill, who went 4-9 with a 5.98 ERA for the Halos last season while also passing on Adalberto Mejia and Nick Tropeano in the bullpen.

Outlook: The Angels would need to improve their win total by 14 wins over last year to go over this total, but it’s not unheard of for this team as the Halos had a 20-win jump from 2013-2014 and have done it twice more since 2000, and while there’s a lot of patchwork to do in the starting rotation, the addition of power that Rendon brings helps fill out the Angels’ lineup and the return of Shohei Ohtani helps propel the Angels to their first 90-win season since winning the AL West back in 2014 and a potential Wild Card spot with Houston and Oakland leading the way in the division.