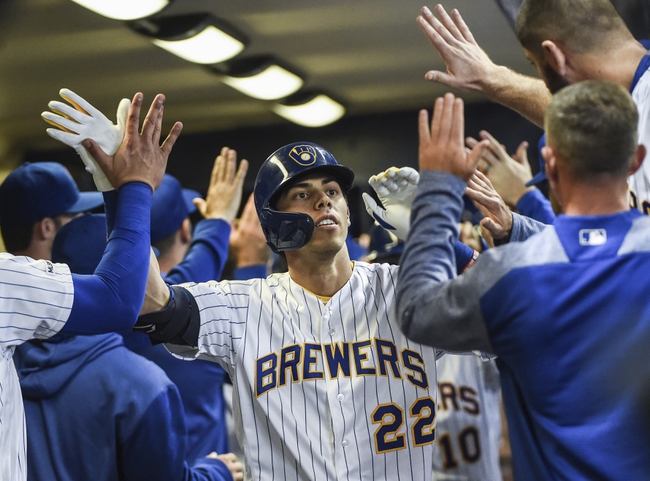 A Look at the Milwaukee Brewers for the 2020 MLB Season

Odds to Win the World Series: 28-to-1 Over/Under: 83.5 Total Wins Click Here for the Latest Odds

The Milwaukee Brewers enter the 2020 MLB campaign after some pretty sizable offseason retooling. After a season that saw Milwaukee finish 89-73 and second place in the National League Central Division, the Brewers lost a heartbreaker to the eventual champion Washington Nationals in the Wild Card Game. With a crop of new faces on the roster, Milwaukee looks to recapture some of that momentum this season and return to the playoffs. Get Free MLB Picks and MLB Predictions for the Milwaukee Brewers all season long for every game at Sports Chat Place

Subtractions: I usually begin with team additions here, but Milwaukee looks vastly different this season compared to 2019 and the departures are quite significant. The Brewers lost some big names in the offseason, and that tally includes catcher Yasmani Grandal, 3B Mike Moustakas and RP Drew Pomeranz, who all got fat four-year deals with the White Sox, Reds and Padres respectively.

Numbers-wise those players are going to leave some pretty sizable gaps. Grandal notched 126 hits and 79 runs last season, and Moustakas carries 182 homers with 561 RBI across his career. As for Pomeranz, he managed a 2.39 ERA across 25 games in 2019.

Additions: The good news for Milwaukee is that they’ve also added some noteworthy names in the offseason who will probably help aid that statistical void. Avisail Garcia comes over from Tampa Bay, bringing along his 138 hits and 61 runs from last season. Journeyman SP Josh Lindblom (formerly of Pittsburgh) comes over on a three-year deal as well, though he hasn’t seen much Major League action over the last few years. Lindblom has done some good things in the KBO however, and he’ll be a wild card as a contributor to the staff in Milwaukee.

Season Outlook: So where does that leave the Brewers? Truth is, it’s anyone’s guess at this point. The team was inches away from moving on in the playoffs last season, and even though the conventional thinking would be to stand pat, Milwaukee has shifted more toward seasoned veterans and young high-upside guys. So long as the team’s stars (the ones who are left anyway) like Christian Yelich continue to contribute and excel, the Brewers do have a shot at taking what should be a wide-open NL Central this season. The division standings are probably going to be a three- or four-team mess near the end of the year, however, considering the Cardinals, Cubs, Reds and Pirates all have their own sets of question marks.

In any case, with the number being 84 here most people are expecting Milwaukee to take a step back. I’m inclined to agree; I’m thinking it’ll be around a .500 season finishing in the low-80s wins-wise. I don’t think Milwaukee will hit the projection here, and to be honest I’m not touching anybody in this division until we see some on-field products.