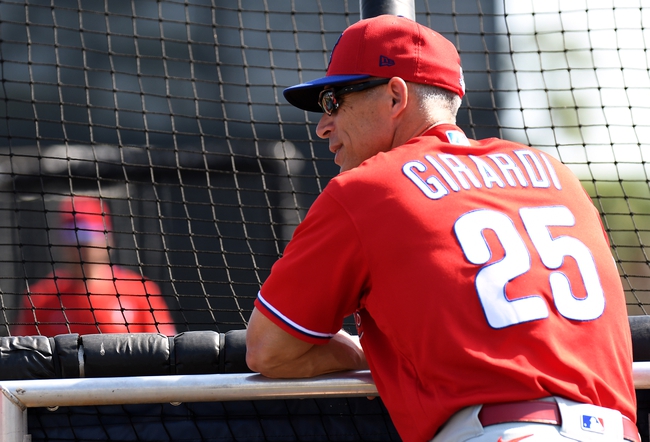 A Look at the Philadelphia Phillies for the 2020 MLB Season

Odds to Win the World Series: 20-to-1 Over/Under: 85.5 Total Wins Click to Get Latest Betting Odds

The Philadelphia Phillies come into the 2020 MLB season with their eyes firmly on getting back to the playoffs. The 2019 campaign was a disappointing one in Philadelphia, as the team finished 81-81 and in fourth place within the National League East. After some hopeful offseason retooling, the Phillies are aiming high. Get Free MLB Picks and MLB Predictions  for the Philadelphia Phillies all season long for every game at Sports Chat Place

Additions: There are two major names here, and both players will go a long way toward determining Philadelphia’s fate this season. First is RHP Zack Wheeler, who comes over from the Mets on a $118 million deal over the next five years. Wheeler carried a 3.96 ERA with an 11-8 record in 2019, which is quite good considering the team he was on.

Philadelphia also added Didi Gregorius to the lineup as a free agent from the Yankees. In 2018, Gregorius had 135 hits and 89 runs, so if he can return even close to form the Phillies will have an incredibly stout bat at their disposal.

Subtractions: Manager Gabe Kapler parted ways with the team after last season, and he’s been replaced by experienced and accomplished skipper Joe Girardi. With the regime change, Philly is hoping there are brighter days ahead, and I’m inclined to agree.

Outfielder Corey Dickerson and 2B Cesar Hernandez are gone as well. Dickerson was only with Philly for half a year but notched 34 RBI in 133 ABs. Hernandez will be a more noticeable absence, as he played 161 games and batted .279 with 123 singles and a career-high 31 doubles in 2019. That’s a hole Gregorius will be called on to fill.

Season Outlook: Girardi is a great hire for the team, and will get Philadelphia moving in the right direction quickly. Still, there are plenty of question marks with the Phillies, starting with the pitching staff. Jake Arrieta needs to get through a season at least semi-healthy, and guys like Zach Eflin, Nick Pivetta and Vince Velasquez will have some say on the lower end of the rotation and the bullpen.

Still, the ceiling here is pretty high. Looking at the projected Phillies starters does instill a certain sense of confidence—at least on paper. Beyond that, if Philadelphia can stay relatively healthy and relatively consistent, the team is primed to do some big damage in the division.

I think Girardi can help deliver immediate results, and I’m pretty high on the Phillies coming into the season. They've got a really great core group of players on the roster. I think Philadelphia can flirt with 90 wins, and I’m going with the over here on totals.

The pick in this article is the opinion of the writer, not a Sports Chat Place site consensus.
Previous Pick
Prairie View A&M vs. Jackson State - 3/13/20 College Basketball Pick, Odds, and Prediction
Next Pick
Texas Rangers 2020 Season Preview, Picks, Odds and Predictions