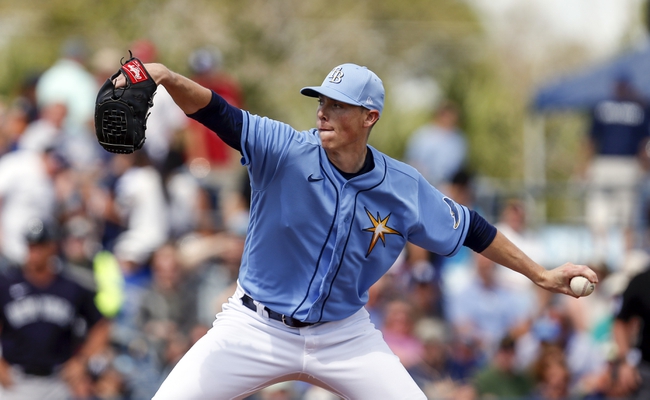 The Tampa Bay Rays come into the 2020 MLB season as legitimate contenders in the American League East. That sentiment may seem a bit strange in a division that includes the Yankees and the Red Sox, but Tampa Bay is coming off a 96-win season and proved themselves with an epic (and now controversial) series against Houston in the postseason. The Rays are legit, and they could be even better this year. Get Free MLB Picks and MLB Predictions for the Tampa Bay Rays all season long for every game at Sports Chat Place

Additions: Tampa Bay will be retaining much of their lineup from last year’s successful yet ultimately disappointing season. The Rays made a couple of relatively minor trades in the offseason, but their biggest changes will come from depth guys taking over for a few departed stars.

The big one here is probably the projected starting catcher Mike Zunino, who has a lot to prove at the plate following a .165/.232/.312 slash line in 2019. Zunino has the capability to finish the season around 20 home runs and 50-60 RBI if he can get it together at the plate, but that’s far from a guarantee. Pitcher-wise, Ryan Yarbrough is a name to watch here as well; he’ll probably be a fourth/fifth starter and will be needed to eat up some innings once the season gets rolling Nick Anderson will serve as the de facto closer as well, and it’ll be interesting to see what he can do with a high-leverage role.

Subtractions: Pretty much every team in the MLB has bullpen questions going into the season, and the Rays aren’t any different. Tampa traded Emilio Pagan and his 20 saves this offseason, and Anderson will spearhead what looks like (on paper anyway) a pretty solid pen.

The two major offensive losses for Tampa Bay were RF Avisail Garcia (138 hits; .282 BA last year) and catcher Travis d’Arnaud (86 hits; 50 runs last year), leaving via free agency. Tampa Bay should be fine in the outfield but not having the reliable d’Arnaud around could lead to an early-season trade or roster shakeup if Zunino struggles.

Season Outlook: The Rays are a very well-rounded team right now, and if they can get consistent production across the lineup like they did in most of 2019 they’ll be in business. The AL East is more wide-open than some may think as well; Boston seems committed to retooling and the Yankees can’t get out of their own way when it comes to injuries.

Tampa Bay won’t be so much of an afterthought this season, though they’ll still be overshadowed by the big-market clubs, and I imagine that’s just fine with the Rays. I fully expect the team to be very competitive again this year and a dangerous matchup for anyone in the league. I like the Rays at around 90-95 wins this year, so the over total seams doable to me.