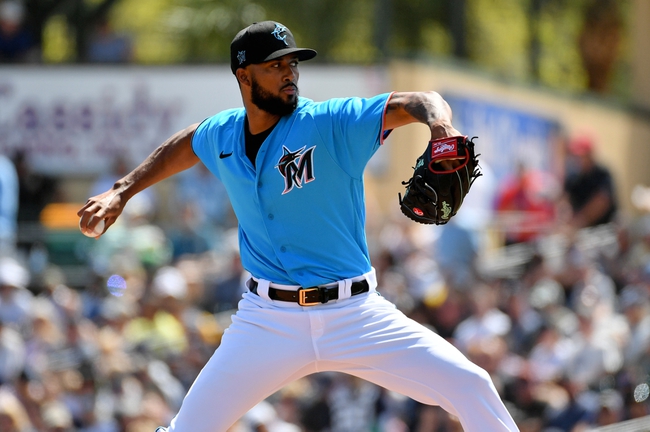 A Look at the Miami Marlins for the 2020 MLB Season

Entering the 2020 MLB season, the Miami Marlins plan on making some significant strides forward with their roster and their record. That should go without saying, since Miami finished 57-105 last year—a basement-dwelling fifth place in the National League East—and really have nowhere to go but up. The Marlins can’t get much worse than their 120-203 record across the last two campaigns, but there’s reason for hope in Miami. Get Free MLB Picks and MLB Predictions for the Miami Marlins all season long for every game at Sports Chat Place

Additions: The 17.5-million-dollar man Corey Dickerson comes over from Philadelphia to plug left field in Miami this season. In his career, Dickerson has 115 homers and 370 RBI, carrying a .286 average. The Marlins will need him to be a significant contributor in 2020.

Jonathan Villar (career 78 homers; 202 stolen bases) adds a nice contact bat via an offseason trade, Jesus Aguilar comes in off waivers, and Francisco Cervelli can prove his worth as a veteran backstop on a one-year deal. Really, the name recognition here is good, so that’s a step in the right direction for the Marlins.

Subtractions: The big fish here is Starlin Castro, who is on a two-year $2 million deal with the Nationals. Granted, Castro probably wouldn’t have been in Miami this season regardless, as he struggled before the trade deadline and the Marlins couldn’t find many interested parties. That said, Castro’s numbers did improve toward the end of the season and he’d finish with 26 homers and 86 RBI. Miami may kick themselves a bit if Castro succeeds immediately in Washington.

Season Outlook: The Marlins’ major issue (among many) last season was offense, and it seems they’ll be better on that front thanks to their offseason acquisitions. Miami is looking for Aguilar to get back to his old self this season, so his performance will go a long way in gauging how successful the team is. A healthy, confident Aguilar in the middle of the order would be ideal.

Pitching-wise, Miami has a sketchy bullpen situation but could get a boost from Brandon Kintzler, who is the odds-on favorite to close and had 29 saves in 2017. The starters here are solid, and guys like Sandy Alcantara, Caleb Smith and Jose Urena should have pretty decent numbers by season’s end.

Optimistically, I think the ceiling for Miami this year is around .500 ball, which by definition is mediocre but would mark a big step ahead for the team. I don’t quite think the Marlins will reach 65 wins however; that’s a pretty sizable uptick from the 2019 campaign. I’m sticking with the under total for Miami. I think they'll finish somewhere in the 60-62 wins range.

The pick in this article is the opinion of the writer, not a Sports Chat Place site consensus.
Previous Pick
Who Hit The Most Home Runs In a MLB Season?
Next Pick
Who Are the MLB Pitchers with the Most Strikeouts in a Season?