Which Pitchers Have The Most Strikeouts In MLB History? 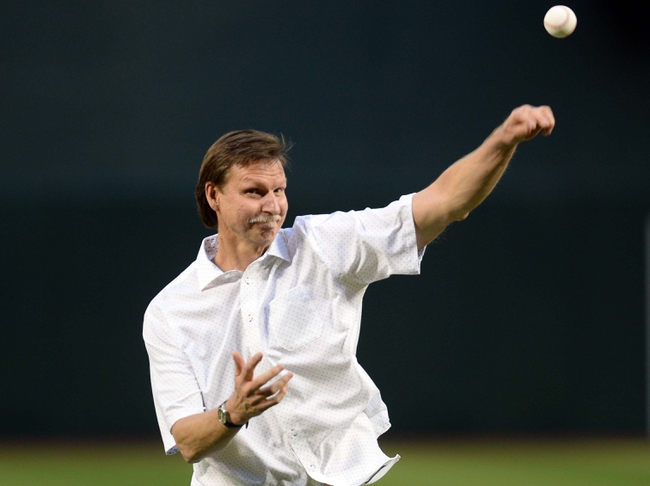 Pitchers With The Most Strikeouts In MLB History

There’s a lot of stats to judge how good a pitcher is, but strikeouts is near the top of the list. It says a lot when a pitcher is able to make professional hitters whiff time and time again, often looking silly in the process. Get Free MLB Picks and MLB Predictions all season long for every game at Sports Chat Place

Here are the 10 pitchers with the most strikeouts in MLB history.

1. Nolan Ryan, 5,714 - Nolan Ryan is often considered the best pitcher in baseball history, and he has the most strikeouts in MLB history by a decent margin. Ryan led baseball in strikeouts 11 times and topped 300 strikeouts in six different seasons. Ryan’s numbers just scram absolute filth.

2. Randy Johnson, 4,875 - Randy Johnson led baseball in strikeouts nine different seasons, and his 10.6 strikeouts per nine innings is third-best in baseball history. At 6’10”, and with the speed he threw at, Johnson was absolutely terrifying to opposing hitters.

3. Roger Clemens, 4,672 - Roger Clemens topped 100 strikeouts in 22 of his 24 seasons and led baseball in strikeouts five different seasons. Clemens averaged 210 strikeouts from 1986-2006. Just unreal. Unfortunately, due to steroid use, Clemens is the only pitcher on this list who isn’t in the Baseball Hall of Fame.

5. Bert Blyleven, 3,701 - Bert Blyleven doesn’t have eye popping strikeout numbers and actually led baseball in strikeouts just once in his career. However, Blyleven played 22 seasons and averaged 168 strikeouts, topping 200 K’s in six of his first seven seasons. The longevity of Blyleven makes him one of the best strikeout artists in baseball history.

7. Don Sutton, 3,574 - Don Sutton never once led baseball in strikeouts, but he set the tone early in his career with 209 strikeouts as a rookie in 1966. Sutton currently holds the Los Angeles Dodgers all-time strikeout record with 2,696 of those bad boys.

8. Gaylord Perry, 3,534 - Gaylord Perry topped 200 strikeouts in eight years of his 22-year career and averaged 213 strikeouts through 1966-75. Perry was a workhorse on the mound who often surpassed 300 innings per season, and it allowed him to rack up a great deal of punch outs.

9. Walter Johnson, 3,509 - Walter Johnson led baseball with the strikeout record for over 50 years before it was surpassed by many players. Johnson led the league in strikeouts 12 different seasons, which is a record in itself. While Johnson spent his whole career with the Washington Senators, he’s still considered the Minnesota Twins all-time strikeout king.

10. Greg Maddux, 3,371 - Greg Maddux never led the league in strikeouts and only surpassed 200 strikeouts once, but playing 23 seasons allowed him to climb the charts. Maddux is fifth all-time on the Atlanta Braves list with 1,828 strikeouts, and he’s one of four players in baseball history to top 3,000 strikeouts while having less than 1,000 walks (Ferguson Jenkins, Curt Schilling and Pedro Martinez)