Who Hit The Most Home Runs In a MLB Season? 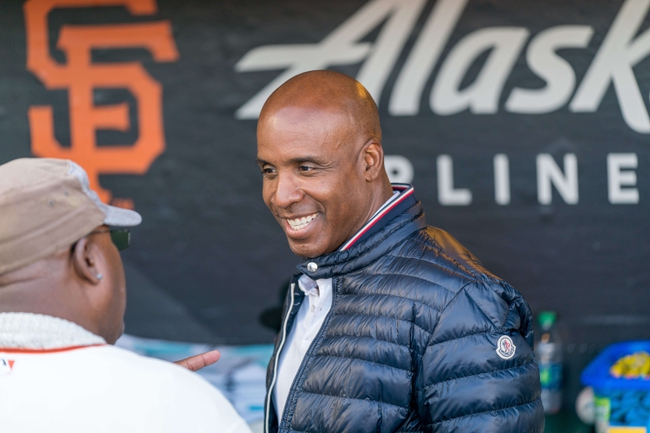 They say chicks dig the long ball, and there are certainly some seasons that standout more than others when it comes to the home run. Get Free MLB Picks and MLB Predictions all season long for every game at Sports Chat Place

These are the best individual home run seasons in MLB history.

The Most Home Runs Hit In MLB History

1. Barry Bonds, San Francisco Giants, 73, 2001 - Barry Bonds holds the MLB record that will probably never be broken with 73 homers in one season. Bonds hit a combined 21 of those bombs against the San Diego Padres and Colorado Rockies. Bonds was also walked 177 times during this year, which is the third-most ever. Needless to say, Bonds was the most feared hitter on the planet this season.

2. Mark McGwire, St. Louis Cardinals, 70, 1998 - This was a memorable year for baseball with two all-time greats fighting for a home run record, it felt like every night was must-watch TV to see who would bring home the crown. Mark McGwire hit 70 homers to hold the all-time record for three years, and 12 of those shots came on the first pitch.

3. Sammy Sosa, Chicago Cubs, 66, 1998 - Sammy Sosa hit 50 or more home runs four times in his career, but 1998 was his best effort. Sosa hit 20 home runs in 27 games in the month of June and 30 of those homers came with two outs. The Sosa - McGwire back and forth will forever be some of the most exciting times in MLB history.

4. Mark McGwire, St. Louis Cardinals, 65, 1999 - Mark McGwire ended up with his second-best home run season in 1999, hitting 65 moonshots and producing 147 RBI. Unfortunately, it wasn’t enough, as the Cardinals didn’t come close to a playoff spot and McGwire hit 39 of those homers in losses.

5. Sammy Sosa, Chicago Cubs, 64, 2001 - Sammy Sosa had baseball in a chokehold during this four-year stretch, and in 2001 he hit 64 bombs, while leading baseball with 160 RBI, 425 total bases and 37 intentional walks. Sosa hit 16 of those homers in the first inning, more than any inning that season.

6. Sammy Sosa, Chicago Cubs, 63, 1999 - Sammy Sosa led the league in strikeouts for a third straight year, but he also hit 63 bombs and made the all-star team for a third season. Ten of Sosa’s homers came on the first pitch, showing just how aggressive he was during this ridiculous power stretch.

9. Babe Ruth, New York Yankees, 59, 1921 -  Babe Ruth set the MLB record with 59 homers in 1921 before he broke his own record six years later. Ruth hit 47 of his home runs against starting pitching this year and 11 of those shots came in the third inning.

9. Giancarlo Stanton, Miami Marlins, 59, 2017 - Giancarlo Stanton showed what he’s capable of when he’s healthy, as he hit 59 homers in 2017 when he played in a career-high 159 games. Stanton hit 30 of those home runs between July and August, and 28 of those home runs came within the first three innings. Stanton's season was easily the best home run display of this new generation.

The pick in this article is the opinion of the writer, not a Sports Chat Place site consensus.
Previous Pick
Which Pitchers Have The Most Strikeouts In MLB History?
Next Pick
Miami Marlins 2020 Season Preview, MLB Picks, Odds and MLB Predictions