Who Hit The Most Home Runs In MLB History? 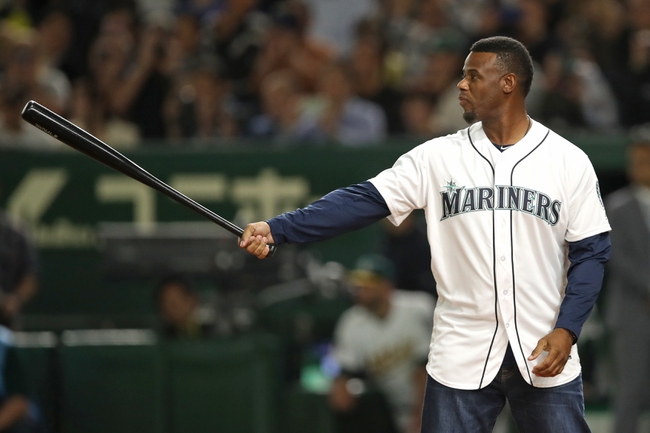 The Most Home Runs Hit In MLB History

The home run is probably the most exciting thing in baseball, and it’s what often draws in the casual fans. Many folks who aren’t diehard baseball fans will tell you the steroid era was when baseball was actually fun. Get Free MLB Picks and MLB Predictions all season long for every game at Sports Chat Place

Here are the 10 players who have hit the most home runs in MLB history.

2. Hank Aaron, 755 - Hank Aaron played 23 years and hit no less than 10 home runs in every single season, which includes 10 shots in his last year when he played in just 85 games. Aaron hit double-digit homers off six different pitchers, with his most being 17 bombs off of Hall of Fame and Cy Young Award Winner Don Drysdale. Because of the steroid era, some still consider Aaron the true home run king.

3. Babe Ruth, 714 - Babe Ruth hit 41 or more home runs 11 times in his career and his .690 career slugging percentage is the best in baseball history. Ruth hit lefties and righties equally hard and was known for calling his shot before the pitch was even thrown. From 1923-27, Ruth averaged 44 homers and 128 RBI. Just ridiculous.

4. Alex Rodriguez, 696 - Alex Rodriguez topped 50 homers three times in his career and is one of five players to hit 100-plus home runs for three different teams. Andre Beltre, Darrell Evans, Reggie Jackson and Jim Thome are the others on that list. Rodriguez hit 114 of his homers on the first pitch and 122 of his homers came in the first inning.

5. Willie Mays, 660 - Willie Mays led the league in homers four times and hit 40 or more homers six times in his career. Mays hit double-digit homers off seven different pitchers, which includes taking Hall of Famer Warren Spahn deep 18 times. Mays had 256 or 38.7 percent of his total home runs give his team the lead.

6. Albert Pujols, 656 - Albert Pujols has hit no less than 17 home runs in each of his 19 seasons and he has 12 walk-off home runs to his credit. While Pujols is up there in age and no longer the hitter he once was, he has a chance to move up this list a little bit assuming he stays healthy and plays another year or two.

7. Ken Griffey Jr., 630 - Ken Griffey Jr. has one of the sweetest swings in baseball history and it led to him hitting 40 or more homers in seven different seasons. Griffey tortured the Minnesota Twins with 42 of those home runs and he hit 354 of those shots within the first three pitches. Griffey had an effortless swing and was a cool player to watch.

9. Sammy Sosa, 609 - Sammy Sosa topped 60 home runs three different times in his career, giving him three of the sixth-best individual home run seasons in baseball history. Sosa had 10 walk-off home runs, and 106 of his bombs came in the first inning.

The pick in this article is the opinion of the writer, not a Sports Chat Place site consensus.
Previous Pick
What Are The Longest MLB Postseason Losing Streaks?
Next Pick
Which Pitchers Have The Most Strikeouts In MLB History?