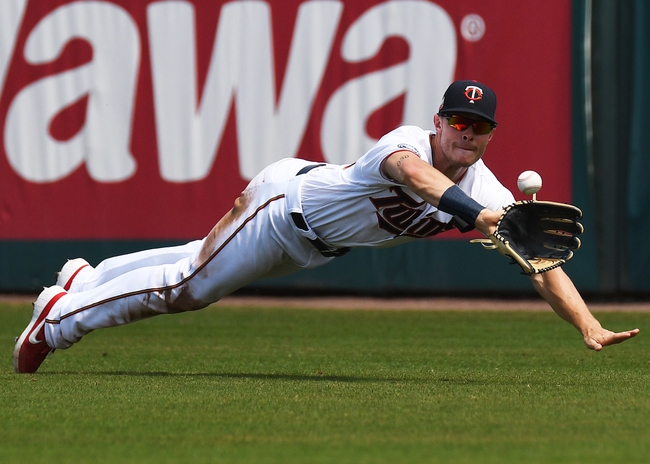 A Look at the Minnesota Twins for the 2020 MLB Season

The Minnesota Twins come into the 2020 season looking to build on a solid 2019 regular season that ended with a 23 win increase from 2018 and ending with their first division title since 2010, but ultimately didn’t produce a playoff win, pushing Minnesota’s playoff losing streak to 16 games after they were swept by the Yankees to make it 15 years without a playoff win. Get Free MLB Picks and MLB Predictions  for the Minnesota Twins all season long for every game at Sports Chat Place

Additions: The Twins added one of the bigger bats in the free agency pool this season, prying Josh Donaldson from the Braves on a four-year, $92 million deal after belting 37 homers and 94 RBIs last season. Donaldson provides a significant upgrade at 3rd over Miguel Sano and provides a big offensive boost over both Sano and Marwin Gonzalez. There are concerns about whether or not JD can maintain those numbers going forward, but for now it adds a lot of pop to an already dangerous Twins lineup. The Twins also add some pitching depth with Homer Bailey and Jhoulys Chacin agreeing to free agent deals as well as picking up Kenta Maeda via trade to pitch for the Twins this season.

Subtractions: The Twins parted ways with Martin Perez and Kyle Gibson from last year’s pitching rotation, but in the grand scheme of things, that may be a bit of a blessing in disguise as Perez and Gibson had the two highest ERAs of the five main starters in Minnesota’s rotation, with Gibson sporting a 4.84 ERA and Perez logging a 5.12 ERA last season. The Twins also lost some depth behind home plate as well, parting ways with Jason Castro, losing him to free agency.

Outlook: The Twins belted a record 307 home runs last season and the lineup got even more potent with the addition of Josh Donaldson while the pitching staff remains solid from top to bottom, leaving little doubt that the Twins can potentially repeat as AL Central champions. I’m not sure another 100-win season is in the cards in the Twin Cities, but I think there’s definitely enough for a 95-win year and even more special, a potential first playoff victory since 2004.