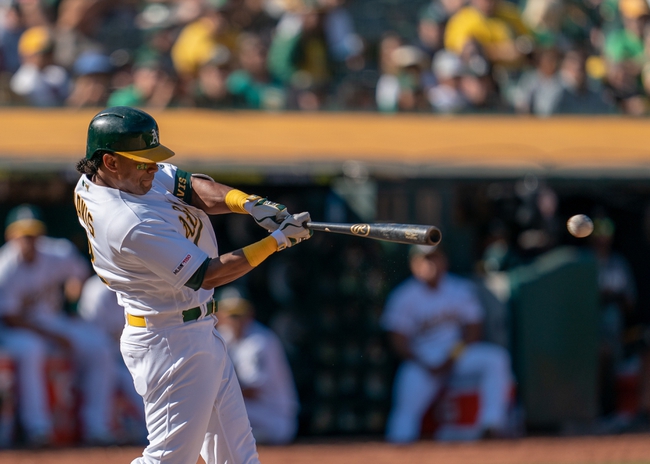 The Oakland A’s come into the 2020 season looking to build off of a second straight 97-win season that saw the A’s in the Wild Card game once again, but as was the story in 2018, the A’s lost the play-in game, making it yet another season that the Oakland Athletics would fail to advance in the playoffs. Get Free MLB Picks and MLB Predictions for the Oakalnd A's all season long for every game at Sports Chat Place

If it ain’t broke don’t fix it appeared to be the motto of the Oakland offseason as the A’s appeared content to stay with their core for the upcoming season and for good reason with guys like Matt Olson, Marcus Semien, Matt Chapman and Khris Davis leading the core of stars for what could be a very special group to watch in the AL West for years to come as the A’s look to supplant the Astros as the team to beat in the division.

Subtractions: The A’s did lose some depth across the board, losing the likes of Tanner Roark, Homer Bailey and Brett Anderson on the mound, all to free agency, while also parting ways with Josh Phegley behind home plate and trading away Jurickson Profar for Austin Allen to essentially fill the void left by Phegley.

Outlook: The A’s enter 2020 with one of the best young starting rotations in the major leagues, with Sean Manaea, Frankie Montas, A.J. Puk and Jesus Luzardo all under the age of 28 and looking to make an impact on the mound for Oakland this season behind ace Mike Fiers. I’m not sure we see 97 wins for a 3rd straight season, but there’s sure to be some regression from the Astros, and the AL West is going to be as tight as it’s been in some time with the Rangers joining the fray as well, but look for another dominant year from Oakland as the A’s put forth another solid showing in 2020.