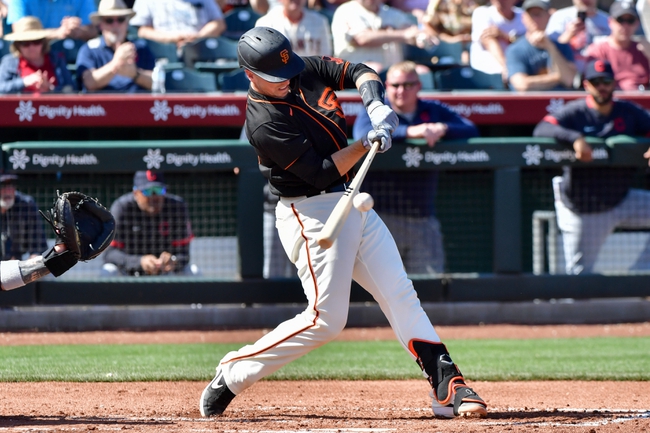 The San Francisco Giants increased their win total for the 3rd straight season, but the 2019 campaign saw San Fran still finish below .500 at 77-85 and miss out on the playoffs for the 3rd straight season. How will the Giants fare with a new look and a new manager in Gabe Kapler leading the charge? Get Free MLB Picks and MLB Predictions all season long for every San Francisco Giants game at Sports Chat Place

Additions: The Giants didn’t do a whole lot in the offseason in terms of bringing in fresh talent, or at least pieces that would wow the fan base and give off the impression that the Giants will be back in the mix competing again, with the biggest signing for the Giants in the offseason being Wilmer Flores, meaning key veterans like Buster Posey, Brandon Crawford and Brandon Belt will need to maintain their production if the Giants want any hope of playing meaningful baseball come September. The Giants also picked up some depth for their starting rotation, signing Kevin Gausman to a one-year deal after going 3-9 with a 5.72 ERA and 114 strikeouts for Cincinnati last season, looking more like the Kevin Gausman that struggled in Baltimore compared to the Gausman that thrived in Atlanta the year prior.

Subtractions: The 2020 season will be the first since 2009 in which Madison Bumgarner was not a San Francisco Giant on opening day. The former Giants’ staff ace signed a five-year, $85 million deal to stay within the division and pitch for the Arizona Diamondbacks this season. MadBum built quite the legacy with the Giants, including 4 All-Star nods, 3 World Series titles and a World Series MVP in 2014 as well as boasting a career 0.25 ERA in the World Series.

Outlook: The Giants lost their ace and even with MadBum in the fold last season, you could tell that the Giants were in a state of purgatory, a state that I personally don’t see them getting out of any time soon. This Giants team just isn’t built to win, but they’re also not bad enough to be one of the worst in the majors and a 100-loss season doesn’t look like it’s going to happen either. The Giants’ biggest hopes this season are that the vets like Jeff Samardzija and Johnny Cueto show up early and often and give the Giants the opportunity to become sellers at the trade deadline because that’s about as exciting as it’s going to get at Oracle Park this season with the Giants barely getting above the 70-win plateau.