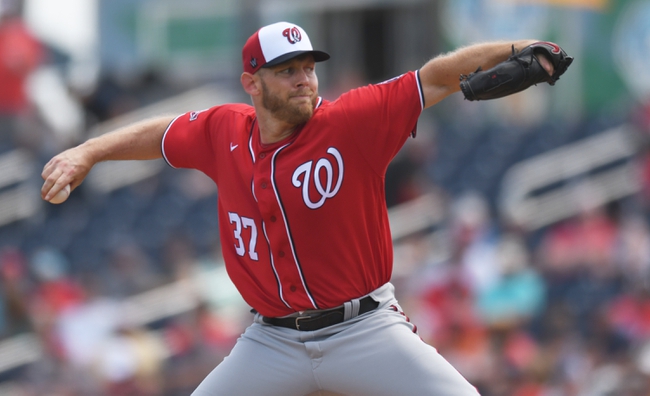 A Look at the Washington Nationals for the 2020 MLB Season

The Washington Nationals enter the 2020 campaign into unchartered territory as the defending World Series champions, finishing the 2019 season with a 93-69 record before taking down the Brewers in the Wild Card game and mowing down the Dodgers, Cardinals and Astros on the way to the first title in franchise history. Get Free MLB Picks and MLB Predictions for the defending World Series Champions all season long for every game at Sports Chat Place

Additions: While it may be a re-up, re-signing Stephen Strasburg to a seven-year deal worth $245 million was definitely one of the bigger moves in the offseason and was a necessary move if the Nationals wanted to have a legitimate shot at defending their World Series crown. The Nationals also were able to pry Starlin Castro from the division rival Marlins, signing the infielder to a two-year deal after putting up 22 homers and 86 RBIs with a .270 batting average for the fish last season.

Subtractions: The big loss for the Nats was the Angels’ gain as Anthony Rendon took his talents to the City of Angels, signing a seven-year, $245 million deal with the Halos after putting in 34 home runs and a team-high 126 RBIs along with a .319 batting average for Washington last season, finishing 3rd in NL MVP voting after putting up those career-best numbers, The Nats also lost the services of Brian Dozier, who inked a deal with the San Diego Padres in the offseason as well.

Outlook: it’s easy to conjure up the thought of a possible letdown for the Nats this season after such a rollercoaster season last year that saw Washington at one point sitting at 19-31 in late May and after the all-star break, the Nationals couldn’t get within four games of the division leading Braves, ultimately being forced to settle for the tougher route, going through the Wild Card game. However, the talent still remains intact for the most part and even without Anthony Rendon, the makings are all there for another 90+-win season and another postseason appearance in the nation’s capital. I’d advise Washington to enjoy it while it lasts as Max Scherzer is starting to wind down at age 36 and there are always question marks about the health of Stephen Strasburg, but for now, you’re good.