Which Hitters Have The Most Strikeouts In MLB History? 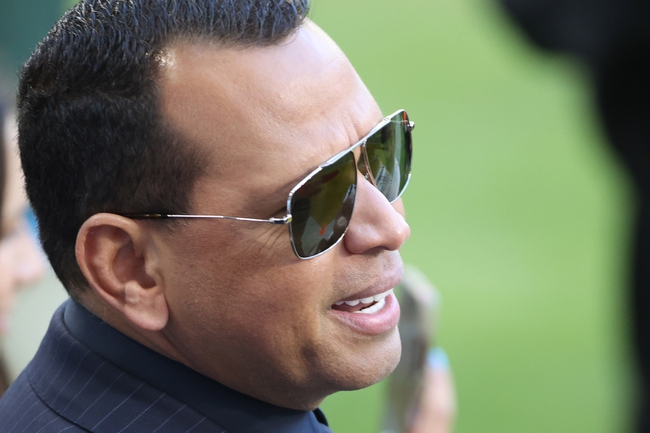 Batters With The Most Strikeouts In MLB History

Baseball players never want to strikeout, as at least making contact and forcing the defense to produce an out is something you’re taught as a youngster. However, there’s a lot of MLB players with boatloads of strikeouts, and some of the players on this list are some of the best hitters of all time. Get Free MLB Picks and MLB Predictions all season long for every game at Sports Chat Place

Here are the 10 hitters with the most strikeouts in MLB history.

1. Reggie Jackson, 2,597 - Reggie Jackson led baseball in strikeouts five times in his career and actually has 13 more strikeouts than career hits. Mr. October topped 100 strikeouts in 18 of his 21 seasons and struck out 609 times from 1968-71, which is an average of 152 strikeouts per year.

2. Jim Thome, 2,548 - Jim Thome led baseball in strikeouts three times in his career, and he racked up 848 strikeouts from 1999-2003, which is an average of 170 strikeouts per season. Thome is one of the best home run hitters of all-time, but he also holds the Cleveland Indians franchise record with 1,700 strikeouts.

3. Adam Dunn, 2,379 - Adam Dunn led baseball in strikeouts each season from 2004 to 2006, producing a combined 557 strikeouts. Dunn also holds the American League single-season record with 222 strikeouts, a feat he accomplished in 2012.

5. Alex Rodriguez, 2,287 - Alex Rodriguez never led baseball in strikeouts throughout his 22 years, but he averaged 125 strikeouts from 1998 to 2008. Rodriguez is fourth all-time on the New York Yankees strikeout list with 1,292.

10. Curtis Granderson, 1,916 - Curtis Granderson struck out 225 times in his first 881 plate appearances, which includes leading baseball i strikeouts in 2006 with 174. Granderson had the two worst single-season strikeout totals in New York Yankees history (2011 and 2012) before those two years were broken by Aaron Judge (2017) and Giancarlo Stanton (2018).

The pick in this article is the opinion of the writer, not a Sports Chat Place site consensus.
Previous Pick
Oakland A's 2020 Season Preview, MLB Picks, Odds, and MLB Predictions
Next Pick
What's The Most Times A Batter Has Been Hit By Pitch In A MLB Season?