Who Are the MLB Pitchers with the Most Strikeouts in a Season? 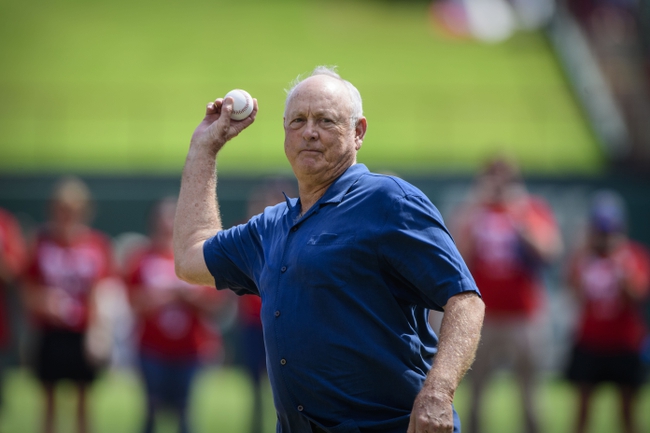 The MLB Pitchers with the Most Strikeouts in a Season

Most of the pitchers with the highest strikeout totals in an MLB season emerged thanks to the more pitcher-friendly rules prior to baseball’s modern era. The mound was much closer to the plate back then, and it took six balls to issue a walk. Rule changes around the turn of the 20th century evened things out between a batter and pitcher, so we’re all but guaranteed never to see numbers like this again.

These are the MLB pitchers with the most strikeouts in a season. Get Free MLB Picks and MLB Predictions all season long for every game at Sports Chat Place

1. Matt Kilroy, Baltimore Orioles, 513 (1886) - While pitching for the last-place Baltimore Orioles as a rookie in 1886, Kilroy set a season strikeout mark that will probably never be topped. Kilroy’s mind-blowing stats during that season include 68 starts, 66 complete games, 583 innings and 513 strikeouts. And to top it all off, he was just 20 years old. During his Major League career, Kilroy played for six different teams including the Louisville Colonels and the Chicago Orphans—an early iteration of the Cubs.

2. Thomas “Toad” Ramsey, Louisville Colonels, 499 (1886) - There was another pitcher tearing up the Major League strikeout list in 1886, and that was Louisville’s Toad Ramsey. During what was his first full professional season, Ramsey totaled 499 Ks in a staggering 588.2 innings with 66 complete games out of 67 starts. Ramsey also managed a nice 2.45 ERA and 38 wins that year, both third in the league. Not bad for a guy nicknamed “Toad.”

3. Hugh Daily, Washington Nationals, 483 (1884) - Daily’s surly disposition is almost as notable as his pitching talents, and his inability to get along with baseball executives led him to seven different teams in his six MLB seasons. Daily’s 1884 season produced a tepid .500 record (28-28), but he kept his ERA low at 2.43 while tossing his 483 Ks that year, tearing through the newly-formed Union Association.

4. Dupee Shaw, Detroit Wolverines/Boston Reds, 451 (1884) - Shaw is arguably the first MLB pitcher to use a wind-up, so he’s already notable for that. Batters must have been confused by the new motion during 1884, as Shaw cruised to 451 strikeouts, 60 complete games and a 30-33 record. Shaw broke Major League records with his 8.81 strikeout average per nine innings and his 18 strikeouts in a game versus the St. Louis Maroons, the most for a losing pitcher.

5. Charles “Old Hoss” Radbourn, Providence Grays, 441 (1884) - In addition to having a really cool name, Hoss Radbourn was among the best in the MLB during 1884, notching his 441 strikeouts in 678.2 innings of work. Radbourn also won a jaw-dropping 60 games as a pitcher that year, yet another MLB record we’ll likely never see broken.

8. Nolan Ryan, California Angels, 383 (1973) - Fast forward almost a hundred years and we’ve got Ryan, who is the king of modern-era MLB pitching and one of only two entries from the 20th century on this list. Ryan’s most dominant season was 1973, when he tossed 383 strikeouts and threw two no-hitters. In the second no-hitter, Ryan struck out 17 batters, a record that would stand alone until being tied by Max Scherzer in 2015.

9. Sandy Koufax, Los Angeles Dodgers, 382 (1965) - Koufax is in the conversation as one of the best modern-era pitchers in MLB history, so it makes sense to see him here. The seven-time All Star posted his 382 strikeouts in 1965, a year before his retirement. That would also be the year of Koufax’s fourth and final World Series title, and his second of three Cy Young awards.

10. Bill Sweeney, Baltimore Monumentals, 374 (1884) - Rounding out the top 10 most strikeouts in an MLB season list is Sweeney, yet another pitcher in the statistical storm of 1884. Sweeney only played professionally in 1882 and 1884, but in his final season he led the Union Association with 40 wins in addition to his 374 strikeouts.