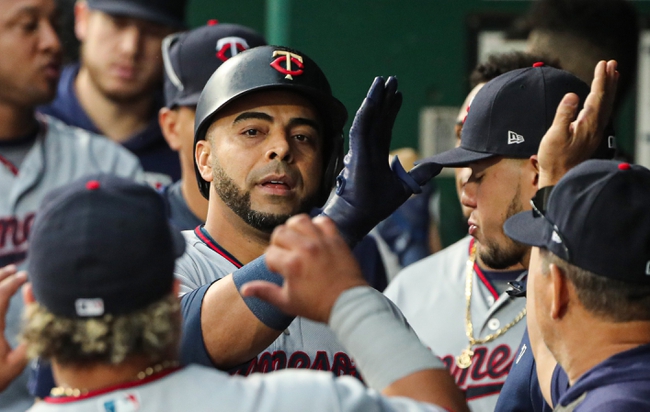 Prediction On Who Is Going To Win The AL Central

The American League Central was supposed to be the Cleveland Indians and everybody else, but the Minnesota Twins took folks by surprise and won 101 games. This year, it looks like this division is going to be even tighter with other clubs tired of being the punching bag.

Here are the betting odds and prediction to win the AL Central in 2020. Get Free MLB Picks and MLB Predictions all season long for every game at Sports Chat Place

Minnesota Twins, -170 - The Minnesota Twins return the bulk of their lineup that set an MLB record for most home runs in a season, and the addition of Josh Donaldson only adds to that firepower. If last year was an indication of things to come, the Twins are going to remain one of the scarier offenses in baseball. The Twins pitching staff is also above-average, and the additions of Kenta Maeda and Homer Bailey does make the starting rotation a bit deeper and more reliable. Throw in lockdown relievers in Taylor Rogers and Sergio Romo, and the Twins should like their chances to win back-to-back division crowns for the first time since 2009-10.

Cleveland Indians, +300 - Most considered the Cleveland Indians a lock to win the AL Central last year, so it’s crazy to see these odds after just one disappointing season. The Indians are much better offensively than their numbers indicate last season, and they have a really good one-two punch at starting pitching in Shane Bieber and Mike Clevinger. The Indians also still have one of the better bullpens in baseball with guys such as Nick Wittgren, Brad Hand and Oliver Perez doing the heavy lifting. It feels like the Indians, the team that’s won this division three of the last four years, is being disrespected a little bit.

Chicago White Sox, +350 - The Chicago White Sox haven’t won this division since 2008, but they’re a club that sped up the rebuild and is ready to win now. The White Sox added some seriously big bats to their order in Yasmani Grandal, Edwin Encarnacion and Nomar Mazara, while the pitching staff gets deeper with the additions of Dallas Keuchel and Gio Gonzalez. Steve Chishek makes the bullpen more reliable and we can’t forget the return of one of the best young arms in Michael Kopech. The Chicago White Sox are the new sexy team a lot of people will be on this season, but the hype is real. There’s a lot to like here.

Kansas City Royals, +3000 - The Kansas City Royals were below average offensively last season and had one of the worst pitching staffs in baseball, and they did little this offense to fix any of those issues. You could do worse than a trio of Brad Keller, Danny Duffy and Jakob Junis, but the Royals bullpen was 27th in ERA and 30th in WHIP last season. A offensive core of Jorge Soler, Hunter Dozier and Alex Gordon is respectable, but the rest of the batting order tails off after those three players. The Kansas City Royals just don’t have the depth to be taken seriously this season.

Detroit Tigers, +5000 - The Detroit Tigers won just 47 games last year, which was the second-fewest in franchise history. Give credit to the Tigers for trying to improve things, as they added Cameron Maybin, CJ Cron, Jonathan Schoop and Austin Romine to the batting lineup. Ivan Nova is also now the Tigers No. 3 starter and he’s had his moments throughout his career. The problem is the Tigers had so much wrong with them last season that adding a few decent veterans here and there doesn’t move the needle all that much. The Tigers are old and washed up. It will be a while until this team is worth keeping an eye on.

The Twins should be favored based on them returning much of last years team that has a good balance of power offense and consistent pitching. The problem is you shouldn’t be laying juice when betting futures, as it provides little bang for your buck with your money tied up for six months. So, I’m looking at the Indians and White Sox when betting the AL Central. I’ll side with the team from the South Side of Chicago. The White Sox were already moving in the right direction with a talented young core, but they sped things up with the addition of some big bats and two proven winners at starting pitching. The White Sox will be good and fun to watch, and it doesn’t feel like they’re getting enough respect at this price.

Give me the White Sox to win the AL Central.