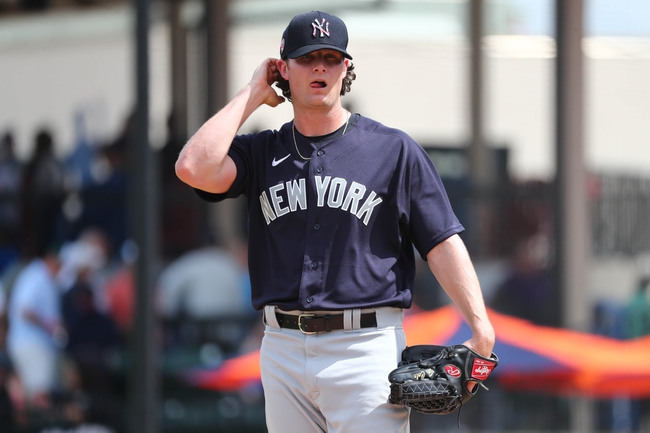 Prediction On Who Is Going To Win The AL East

The New York Yankees or Boston Red Sox have won the American League East in seven of the last 10 years, and judging by these odds, that trend is expected to continue. The New York Yankees enter the 2020 season as the favorites to win the World Series, so it’s only right they’re overwhelming odds to win their division. Can we find any value in betting the AL East?

Here are the betting odds and prediction to win the AL East in 2020.

New York Yankees, -500 - The New York Yankees won 103 games last year and were two wins away from going to the World Series, and that was despite having a billion injuries. Now, the Yankees should have a healthy Giancarlo Stanton, Luke Voit, Mike Tauchman and Gary Sanchez. Losing Luis Severino to Tommy John surgery does sting, but the Yanks added arguably the best pitcher in baseball this offseason in Gerrit Cole. The Yankees are absolutely loaded and should be favorites to win the AL East, the American League and the World Series.

Tampa Bay Rays, +400 - The Tampa Bay Rays return what was one of the best pitching staffs in baseball last season, and a five-man rotation of Charlie Morton, Blake Snell, Tyler Glasnow, Yonny Chirinos and Ryan Yarbrough is as good as it gets. The Rays also return the bulk of receivers who produced the best bullpen ERA last season. The Rays offense can have issues scoring easy runs at times, but the additions of Hunter Renfroe and Yoshitomo Tsutsugo adds pop in the middle of the order, while full seasons of Yandy Diaz and Brandon Lowe certainly helps. The Rays haven’t won the AL East since the 2010 season.

Boston Red Sox, +1000 - The Boston Red Sox have a change in manager and have a roster that no longer has Mookie Betts, David Price or Rick Porcello. The Red Sox look a lot different from the team that won the World Series a couple years ago, and it’s easy to leave them for dead. I’m not sold on the Red Sox starting rotation and we’ve seen the bullpen have issues over the years. With that said, the Red Sox are still stacked offensively with a lineup that includes Andrew Benintendi, Rafael Devers, Xander Bogaerts and JD Martinez at the top of the order. The Boston Red Sox won’t go down quietly and will put up their fair share of runs that will allow them to have a say in the playoff race.

Toronto Blue Jays, +6500 - The Toronto Blue Jays were competitive last year and you can see promise in this rebuild. Players such as Bo Bichette, Vladimir Guerrero Jr., Cavan Biggio and Lourdes Gurriel Jr. may be young, but they’re extremely talented and they battle nightly. The Blue Jays are a tough out each and every night, and they’re going to be more consistent with the additions of starting pitchers Hyun-Jin Ryu, Chase Anderson and Tanner Roark. The Blue Jays have some veterans in the clubhouse and this is a team clearly on the rise. They may be a year or two from really making noise, but the Blue Jays are a team to watch closely and a club you can make money on this season.

Baltimore Orioles, +30000 - The Baltimore Orioles have won a combined 101 games the last two years and were near the bottom of baseball in every major stat in hitting, starting pitching and relief pitching. It’s just tough to find things to get excited about with the Orioles. The return of Alex Cobb in the starting rotation is going to help, but other than that, I’m not thrilled with what I’m seeing from the O’s, and it doesn’t help they’re in a division with four teams trying to win, including two legit World Series contenders. I want little to do with the Orioles.

The Yankees should win the AL East, but there’s zero betting value on them with these odds. These prices force you to take a shot in the dark if you want to bet this division, so I’ll side with the Rays and a chance to make four times my money. The Rays improved their win total each of the last three seasons and are coming off a 96-win season where they took the Houston Astros to five games in the ALDS. The Rays have one of the best pitching staffs in baseball and you make a lot of money in this sport when riding teams that have a stockpile of great arms.

I need some return on my investment with my money tied up for six months. If betting the AL East, give me the Rays and the favorable price.

The pick in this article is the opinion of the writer, not a Sports Chat Place site consensus.
Previous Pick
National League East 2020: MLB Division Pick, Odds, and Prediction
Next Pick
Which MLB Teams Have the Most Home Runs in a Season?