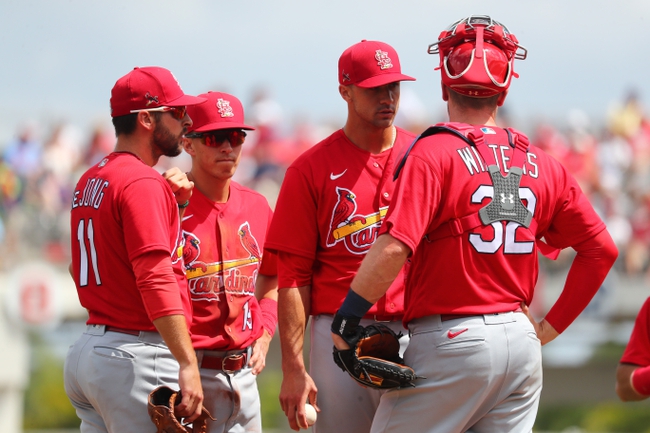 Prediction On Who Is Going To Win The NL Central

The National League Central has produced a different division winner each of the last three years, so this is a spot where you can make some money based on history. There’s four teams in this division that has legit playoff hopes.

Here are the betting odds and prediction to win the NL Central in 2020.

St. Louis Cardinals, +200 - The St. Louis Cardinals won the division last year and return pretty much the same roster outside of Marcell Ozuna and Michael Wacha. The Cards have a balanced lineup with a bunch of veteran hitters, and a 1-2 starting pitcher punch in Jack Flaherty and Carlos Martinez is more than respectable. The back of the Cardinals bullpen in Giovanny Gallegos, John Brebbia and John Gant is as good as it gets. The St. Louis Cardinals aren’t the sexiest team in the world, but they get the job done and have a track record that bodes well for their chances.

Chicago Cubs, +225 - The Chicago Cubs lost a lot of players this offseason, but on paper they’re still a very intriguing team. The Cubs lineup still has the core that produced a World Series title, and I still don’t think we’ve seen the best from Kris Bryant, Javier Baez and Willson Contreras. The Cubs pitching staff in Yu Darvish, Jon Lester, Kyle Hendricks and Jose Quintana has a ton of leadership and experience, so while all have consistency issues, you’re getting four guys who know what it takes to win and are ultimate professionals. It’s easy to downplay the Cubs because the team hasn’t changed much over the years and some of these players are a bit stale, but there’s enough balance to be positive about this group.

Cincinnati Reds, +325 - The Cincinnati Reds failed to make the leap last season, so they were busy this offseason by adding Shogo Akiyama, Mike Moustakas and Nick Castellanos to their batting order and throwing Wade Miley to the back of their starting rotation. The Reds have much more offensive firepower than last season, and the pitching staff will also benefit from a full season of Trevor Bauer. Basically if you liked the Reds last year, you should have confidence in them in 2020 and not allow last seasons efforts turn you off.

Milwaukee Brewers, +350 - The Milwaukee Brewers are pretty much a brand new team from a year ago, as the batting order has four new faces and the starting pitching staff will have three new starters. Maybe the shakeup was needed after not building on their 2018 success, and I like Brett Anderson and Eric Lauer being backend starters on this staff. I do question if there’s enough protection around Christian Yelich to get this offense going and it’s never easy to find chemistry right away with such a new roster. You can see why some folks are down on the Brewers this season.

Pittsburgh Pirates, +10000 - The Pittsburgh Pirates showed promise offensively last season and have an absolute stud in the middle of their order in Josh Bell. The problem is the Pirates pitching staff from top to bottom was god awful, and they didn’t do a whole lot this offseason to correct it. With Chris Archer looking like a shell of himself, the Pirates don’t have an ace in this rotation and they return the same bullpen that was 23rd in ERA and 26th in WHIP. The Pirates aren’t going anywhere in 2020.

Outside of the Pirates, this is one of the tighter divisions in baseball and you can make a case for four teams, especially with the constant changing on who wins this thing over the years. I was high on the Reds last season, and while they didn’t do me any favors, I’m going to side with them to win their first NL Central title since 2012. The Reds added some serious pop their batting order and the pitching staff improves greatly with a full season of Bauer and Miley as the fifth option. The Reds are more balanced and deeper than they were a season ago when some considered them a dark horse wild card team.

The Brewers should take a step back, the Cubs haven’t done much to spark energy in the clubhouse and the Cardinals don’t have a lot of starting pitching depth.

Give me the Reds and the sweet price.

The pick in this article is the opinion of the writer, not a Sports Chat Place site consensus.
Previous Pick
Which MLB Teams Have the Most Home Runs in a Season?
Next Pick
American League Central 2020: MLB Division Pick, Odds, and Prediction