Who Has The Most Stolen Bases In MLB History? 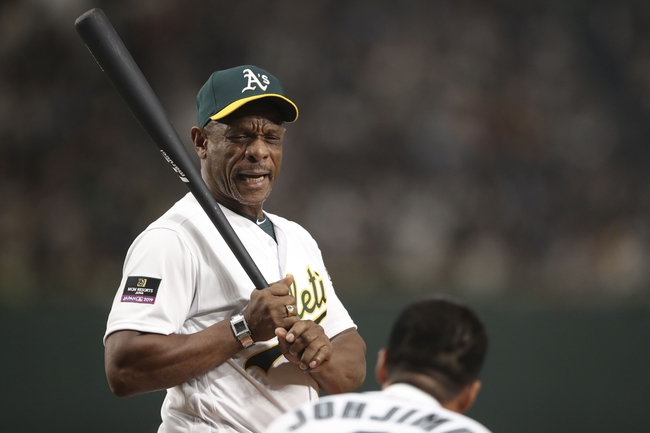 Players With The Most Stolen Bases In Baseball History

Stealing bases is an art that not a lot of players can master, and it puts your team in a much better situation when able to gain an extra 90 feet. Seven of the top-10 players on the MLB all-time stolen base list are in the Hall of Fame. Get Free MLB Picks and MLB Predictions all season long for every game at Sports Chat Place

Here are the 10 players with the most stolen bases in MLB history.

2. Lou Brock, 938 - Lou Brock had 51 or more stolen bases in 12 different seasons and had the all-time record and single season record with 118 set back in 1974 before Henderson took the crown. Brock is comfortably the St. Louis Cardinals all-time base stealer with 888.

5. Tim Raines, 808 - Tim Raines stole 71 bases in his first real season, and he produced a combined 314 stolen bases from 1981 to 1984. Raines led MLB in stolen bases twice in his career and holds the Montreal Expos franchise record with 635 stolen bases

6. Vince Coleman, 752 - Vince Coleman stole 110 bases as a rookie in 1985, which is a record that stands today and will probably never be broken. Coleman stole 549 bases through his first six seasons and holds the MLB record with 50 consecutive stolen bases without getting caught.

7. Arlie Latham, 742 - Arlie Latham is credited with this number, but who knows what the actual number is considering stolen bases were defined differently before 1989. Either way, Latham stole 238 bases from 1887 and 1888 and topped 50 stolen bases nine times in his career.

The pick in this article is the opinion of the writer, not a Sports Chat Place site consensus.
Previous Pick
Who Has Been Hit By Pitch The Most In MLB History?
Next Pick
National League East 2020: MLB Division Pick, Odds, and Prediction