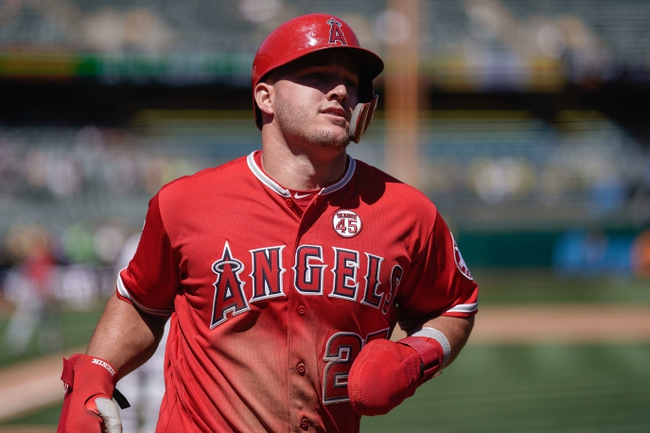 Prediction On Who Is Going To Win The AL West

The American League West has been won by the Houston Astros each of the last three years and this is a division where it seems like every team has its turn for a year or two. While rosters have changed, the pecking order in the AL West remains the same… At least for now. Free MLB Picks and MLB Predictions for every game at Sports Chat Place

Here are the betting odds and prediction to win the AL West in 2020.

Houston Astros, -200 - The Houston Astros have a lot of controversy around them, lost their coach and watched arguably the best pitcher in baseball in Gerrit Cole leave for the rival New York Yankees. Still, the Astros are a ridiculously talented team with possibly the best offense in baseball and a pitching staff that still features Zack Greinke and Justin Verlander at the top. The Astors are going to be favored to win the AL West until somebody knows them off their thrown.

Oakland Athletics, +280 - The Oakland Athletics have a very underrated offense that was fifth in home runs last year and eighth in runs. The defensive effort also is pretty solid with Ramon Laureano in centerfield and Matt Chapman at third base. This year, however, the A’s are going to have more consistent pitching with full seasons from Frankie Montas and Sean Manaea. The A’s have a chance to take their success to another level this season.

Los Angeles Angels, +550 - The Los Angeles Angels finally seem tired of wasting Mike Trout’s career, as they brought Joe Maddon in at manager and made one of the bigger free agent splashes with snagging Anthony Rendon. Throw in a healthy seasons from Shohei Ohtani, and the Angels offense should be much more consistent. The Angels starting pitching was 29th in ERA and 21st in WHIP, so they have three new starters in Julio Teheran, Dylan Bundy and Matt Andriese.  The Angels are going for it and can’t be overlooked now that they have a proven manager and more talent around the best player in the world.

Texas Rangers, +1500 - The Texas Rangers had a poor pitching staff last year, so they revamped the starting rotation and the bullpen. Corey Kluber will help at the top of the order, while Kyle Gibson and Jordan Lyles provide stability on the back end. I’m not sure how much Todd Frazier helps the middle of the batting lineup at 34 years old, but the Rangers have enough offense to be a factor in this division, it’s just the rest of the question marks. It feels like the Rangers just don’t have enough horsepower to compete with the big boys.

The Astros should be favored to win this division for a fourth straight year, but betting on them at -200 isn’t an option when the money is tied up for six months. You need some more meat on the bone when betting futures. So, give me the A’s to win their first division since 2013. I was high on the Athletics a couple of years ago and even picked them to make the playoffs in 2018 at +700 odds. The A’s have pretty much the same roster from a club that’s made back-to-back postseason appearances, but this season they have healthy starting pitching. This division ran is going to be a lot tighter and Oakland will have a say.

The pick in this article is the opinion of the writer, not a Sports Chat Place site consensus.
Previous Pick
Who Has The Most Stolen Bases In MLB Single Season?
Next Pick
World Series 2020: MLB Pick, Odds, and Prediction