Who Has The Most Stolen Bases In MLB Single Season? 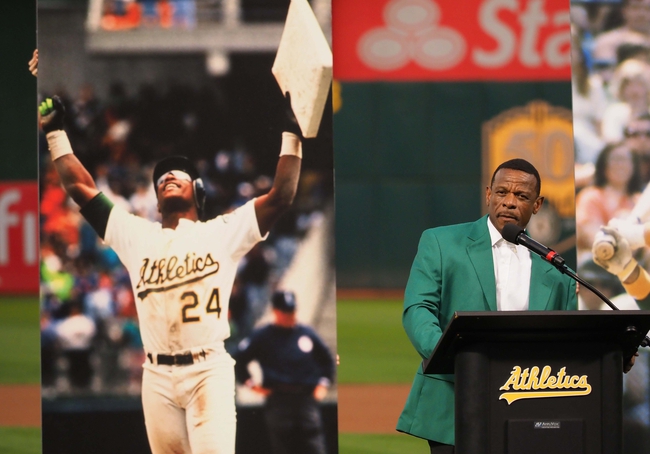 Players With The Most Stolen Bases In One Season

The stolen base records are a bit tricky due to the way they were graded before 1898. Anytime a runner would snag an extra base when his teammate got a hit, he was credited with a stolen base. Obviously very different from today. With that in mind, I’m still going to list these in order based on the baseball record books, but it would look a lot different if we removed some of these skewed seasons. Get Free MLB Picks and MLB Predictions all season long for every game at Sports Chat Place

Here are the best stolen base single seasons in MLB history.

1. Hugh Nicol, Cincinnati Red Stockings, 138, 1887 - Hugh Nicol holds this record, but there’s doubt to how accurate this number is considering a stolen base was rewarded for gaining an extra base on a hit from a teammate. Nicol has 241 stolen bases from 1887 to 1888.

2. Rickey Henderson, Oakland Athletics, 130, 1982 - Rickey Henderson is considered to have the real stolen base single season record, as this was during a four year stretch where he averaged 74 stolen bases. Henderson had 84 stolen bases by the all-star break, and we haven’t seen a player since reach that number on an entire season.

4. Lou Brock, St. Louis Cardinals, 118, 1974 - Lou Brock held the true stolen base record for eight years, and he’s the all-time base stealer for the Cardinals with 888 stolen bases.

5. Charlie Comiskey, St. Louis Browns, 117, 1887 - Charlie Comiskey got 28.1 percent of his career stolen bases this season alone, but it’s important to remind you the way these were credited. Who knows the exact number Comiskey had if we’re judging the the stolen base the way it’s defined today.

6. Billy Hamilton, Kansas City Cowboys, 111, 1889 - Billy Hamilton claims to be the best base stealer of all-time, and he’s credited to stealing 100-plus bases four times in his career.

9. Vince Coleman, St. Louis Cardinals, 110, 1985 - Vince Coleman stole 110 bases in 151 games, and he did so as a rookie. While Henderson is the stolen base king, this may be the most impressive number on this list.

10. Vince Coleman, St. Louis Cardinals, 109, 1987 - This was part of a three-year stretch when Vince Coleman stole 326 bases in his first 456 games. Coleman doesn’t hold the Cardinals all-time stolen base record, but his 82.6 percent success rate is best in franchise history.