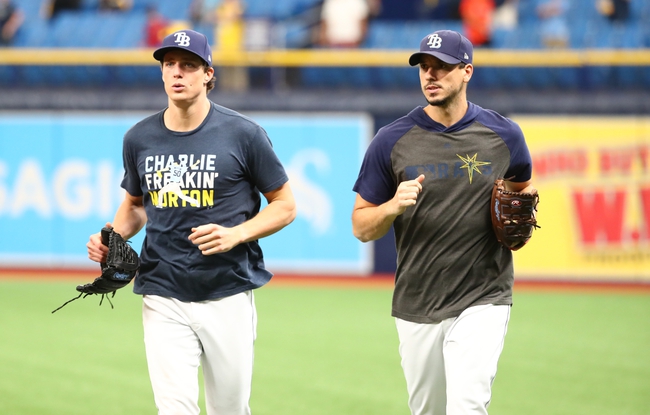 Thanks to the coronavirus, you have extra time to do your homework and find value in future odds for the upcoming 2020 MLB season. For this article, I’ll be looking at World Series odds and trying to find some long shots that actually have some bite. I don’t bet small odds on futures, as you can make more money on the New York Yankees simply by rolling over your money each series than taking +350 in March.

So, let’s throw the Yankees, Houston Astros and Los Angeles Dodgers out the window and focus only on teams that are 10 to 1 or steeper. Here are five teams outside of the three favorites worthy of a World Series future bet.

Oakland Athletics, +25000 - Those who have followed along over the years know I was high on the Oakland Athletics years ago, as I gave them out at +700 to make the playoffs in 2018 and that cashed easily. The A’s are pretty much the same team they were the last two years, but now they have starting pitching with full seasons of Sean Manaea and Frankie Montas. Daniel Mengden should also be back soon after elbow surgery in mid February. The A’s have the offense, defense and bullpen to go toe-to-toe with any club in baseball. With the starting pitching healthy, the Athletics are a sleeping bear that nobody should poke.

Chicago White Sox, +50000 - The Chicago White Sox have quietly been building a team fans on the South Side could be proud of, but they sped up the rebuild by adding Yasmani Grandal, Edwin Encarnacion and Nomar Mazara to the batting lineup. The White Sox now have some thump in their order to score runs after finishing eighth in batting average. The starting pitching got major boosts with the additions of Dallas Keuchel and Gio Gonzalez. Michael Kopech should also return soon after having Tommy John surgery a year and a half ago. The White Sox went quickly from a team on the rise to a team that should compete for a playoff spot. Getting a postseason contender at 50/1 to win the championship? I’ll take it.

Tampa Bay Rays, +2000 - The Tampa Bay Rays gained some valuable experience in the playoffs last year after taking the Houston Astros to five competitive game in the ALDS. That should help the Rays build on their success as they remain the little engine that could in the AL East where everybody else sits on mountains of cash. The reason to like the Rays and a chance to make 20 times your money is because they still have the best bullpen in baseball and have a deep starting rotation of Charlie Morton, Blake Snell, Tyler Glasnow, Yonny Chirinos and Ryan Yarbrough. Time and time again baseball reminds us that a deep collection of arms is what gets it done in the postseason. The Rays give you a fighting chance with these odds.

Arizona Diamondbacks, +6000 - Some books have the Arizona Diamondbacks as the second best team in the NL West, so the fact you can still get them at this price to win the title seems a bit off. The Diamondbacks upgraded their outfield with Starling Marte and Kole Calhoun, and they now have an ace at the top of the rotation with the addition of Madison Bumgarner. The Arizona Diamondbacks were an average or slightly above average team across the board last year that won 85 games, so those additions should make them a serious playoff threat. In order to win the title, you have to make the dance first. We’re getting 60/1 with a team that could be playing in October. These odds won’t be around for long.

Los Angeles Angels, +2500 - The Los Angeles Angels still have the best player in the world and finally gave him one protection with the signing of Anthony Rendon to go along with a full season of Shohei Ohtani. The Angels rough starting pitching should improve with Julio Teheran and Dylan Bundy being added to the mix. The Angels also have one of the best managers in the game in Joe Maddon, which could provide the biggest impact to this team in year 1. The Angels aren’t a perfect roster yet and the bullpen could use some work, but this is also a club that I could see getting hot early and becoming a bit of a trendy team that has its odds drop. I’ll grab the 25/1 when I still can.

The pick in this article is the opinion of the writer, not a Sports Chat Place site consensus.
Previous Pick
American League West 2020: MLB Division Pick, Odds, and Prediction
Next Pick
What's The Most Baseball Games Without A Postseason Appearance?